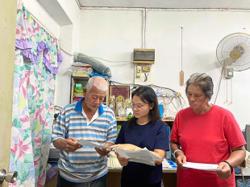 KUALA LUMPUR (Bernama): Majlis Amanah Rakyat (Mara)-sponsored student Maryam Balqis Abdul Rashid made Malaysia proud when she scored and maintained a cumulative grade point average (CGPA) of 4.00 in all semesters throughout her Bachelor's degree studies at the School of Sustainability, Arizona State University (ASU) in the United States.

According to e-Wara Mara portal, citing information from Washington Mara Office, the 23-year-old former student of SMK (P) Sri Aman in Petaling Jaya would be pursuing her Master's degree in sustainability solutions at ASU from August 2019.

"After leaving school, Maryam Balqis furthered her studies at Intec Education College, under the American Degree Foundation Programme and later decided to pursue a degree in sustainability at ASU, the first school of sustainability in the United States.

"Maryam Balqis is also very active in co-curriculum activities and has won several awards for her accomplishments at ASU," the portal said.

Among the awards were Community Assistant of the Year and Outstanding Graduate Award Spring 2019 by the ASU School of Sustainability and Alumni Association; and the Academic Excellence Award in conjunction with the Perdana Scholar Awards 2018.

During her time at the university, she also participated in several research projects, such as on global sustainability in tourism and fishery problems in Lombok, Indonesia.

She also studied Los Angeles's approach to tackling climate change issues and produced a policy brief and toolkit for Mexico's government on implementing the concept of sustainability, resilience, transformation and adaptation.

"She did her internship with Think City, an organisation established by Khazanah Nasional Bhd where she helped map out 75 Think City projects to the United Nations Sustainable Development Goals," it said. - Bernama 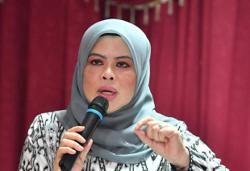