BUTTERWORTH: The Seberang Prai Municipal Council (MPSP) will hasten the pace of its infrastructure development plan after being upgraded to city council status.

State Housing, Local Government, Town and Country Planning Com­mittee chairman Jagdeep Singh Deo said they were drawing up a masterplan for major infrastructure on the mainland.

“A meeting has been scheduled to discuss efforts to bring the council to greater heights,” he told a press conference at the MPSP headquarters in Bandar Perda yesterday.

The Penang Island City Council (MBPP) was accorded the status in 2015.

“Every inch of Penang is now a city. This has brought added responsibility and service delivery will need to be heightened as the people will have higher expectations.

“It’s not easy to get to the top and once you get there, it’s difficult to remain there.

“I want them to continue providing quality service to the people,” Jagdeep said.

He added that an official ann­ouncement would be made in two or three weeks after all the formalities had been sorted out. 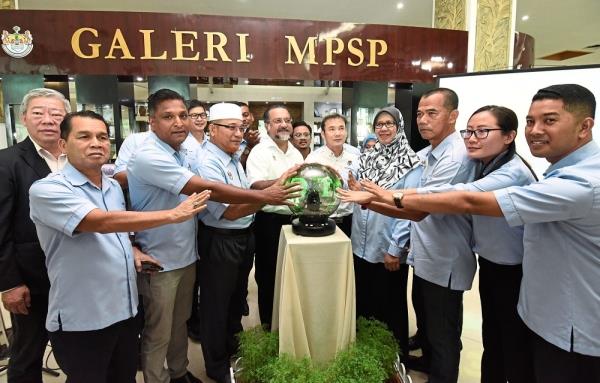 All together now: Jagdeep (centre) with MPSP president Datuk Rozali Mohamud (in white kopiah), MBPP mayor Datuk Yew Tung Seang (fifth from right) and other MPSP councillors during the announcement of the New City Council at the MPSP headquarters in Bandar Perda, Bukit Mertajam.

“The Cabinet has made a decision and the paperwork is being processed now.

“We will be informed once they get the consent of the Yang di-Pertuan Agong.

“The main thing is that a decision has been made, as announced by the Housing and Local Government Ministry, meaning that MPSP has obtained city status,” he said.

He added that a meeting would also be held on the appointment of a mayor.

for approving the application made last year.

“With the recognition, I believe we have fulfilled the requirements, but this is also a challenge to the state government because taxpayers’ expectations will increase,” he told reporters after attending a Hari Raya Aidilfitri hamper presentation in Kepala Batas yesterday.

Chow said MPSP should improve its quality of services and project delivery to taxpayers as that was the people’s expectation.

The application to elevate MPSP to a city council started in July last year.

The local authority fulfils criteria such as a population exceeding 500,000 and revenue of RM100mil.

Seberang Prai covers an administrative area of 747.8sq km, the largest municipality in the country with a population of 946,200 and projected revenue of RM271.2mil this year.