Police-Prasarana teaming up to ensure safety at Selangor train stations

SUNGAI BULOH: Police and Prasarana Malaysia Bhd are teaming up to make MRT and LRT stations in Selangor safer with the Crime Prevention Patrols Programme (RCJ).

Selangor police chief Comm Datuk Noor Azam Jamaludin said the move will see policemen patrolling each of the stations in the state from 7am to 10pm daily.

"There will be two shifts. Each shift will have a team of one policeman and two auxiliary policemen patrolling.

"We hope this will not only decrease any criminal activity at these stations but also boost public perception on safety," he said to a press conference at Sungai Buloh MRT station on Wednesday (May 15).

He added that there had been 58 cases of theft and robberies in MRT and LRT stations in the state over the first four months of this year.

Comm Noor Azam was speaking after meeting with members of the public and handed out balik kampung registration forms.

"As usual, we urge those returning to their hometowns for the holidays to register with us so that we can keep an eye on their homes while they are away," he said.

He added that crime overall has been on a downward trend in Selangor. 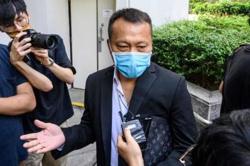