PETALING JAYA: Actor Sofi Jikan of KL Gangster fame has been ordered by a magistrate's court here to enter his defence over a drug charge.

Magistrate Mohamad Ikhwan Mohd Nasir made the ruling after finding that the prosecution had proven a prima facie case against the accused.

"The court has gone through the evidence, testimonies, documents and submissions.

"After making a maximum evaluation, I find the prosecution has proven a prima facie case. The court orders for the accused to enter his defence," he said here on Monday (May 13).

The court was also informed that Sofi Jikan, or his birth name Mohamad Shoffi Jikan, 48, will be testifying under oath from the dock.

The defence trial is fixed for June 28.

South Korea says it will discuss Trump's invitation to G7 summit with the U.S. 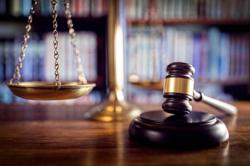 Actor set to be charged with enticing another man's wife