Hankering for a holiday

Malaysia is the fourth most vacation deprived country in the world, says study. To address this, there are suggestions for Malaysia to have its own ‘Golden Week’.

WE have the most number of public holidays in South-East Asia – about 50 a year, including state holidays.

But ironically, Malaysians appear to be deprived of vacations. Or at least, so says the recently reported 2018 Expedia Vacation Deprivation study.

It showed that Malaysians are ranked the fourth-most vacation deprived globally, behind India, South Korea and Hong Kong.

To top it off, 64% have cancelled vacations due to work while 28% will still check work-related emails while on vacation.

So, even if Malaysia does have ample public holidays, workers don’t necessarily go on breaks or feel truly relaxed.

In light of this, the Malaysian Employers Federation (MEF) has proposed that it’s time for Malaysia to have its own national vacation week, similar to the Golden Week observed by Japan and China.

“Workers tend to take leaves as and when to run errands and taking care of their children. So, it doesn’t exactly feel like a holiday.

“If we were to have a dedicated national vacation week, people can make proper plans.

“It will also encourage domestic tourism, which is good for local businesses,” he says, adding that this period should coincide with school holidays to enable families to be together.

Japan recently had its Golden Week that ended on May 6, with some companies being closed to give workers a break.

In China, the Golden Week is held twice a year, with citizens taking the opportunity to travel domestically and abroad.

With the average Malaysian worker having 16 annual leaves a year based on the study, pulling off a similar vacation week is possible, says Shamsuddin.

This is because 10 of those days can be used for the holiday, while employees will still be left with the remainder for other purposes like religious pilgrimages.

The balance of leaves can also be carried forward to the next year.

However, not all will be able to kick back and relax during that week, as certain sectors like transportation, medical services, food and beverage and the hotel industry will still carry on Shamsuddin notes.

As for answering work emails while on leave, he says bosses should respect their workers’ time off.

“But it is inevitable if there are work emergencies and a response is needed. Even so, it shouldn’t take up a huge chunk of the employee’s time,” he adds.

Some Malaysians have reacted positively to the idea of a Malaysian Golden Week.

He says it should be similar to China’s Golden Week, whereby weekends nearing the holiday are used for work to be completed before employees go off.

“I wouldn’t mind rearranging my time to get work done in advance through overtime and weekends.

“But if I had to use my allocated annual leaves, it might not be a good move,” he says.

“It’s funny. We have a lot of festivals, but we lack vacations.

“During big festivals, a lot of time is spent on preparation and family obligations. Other holidays are used for chores. There is no real break to just get away and unwind.

“That’s why I think the Golden Week is good. Its dedicated purpose is for us to relax,” Wan says.

Account executive Wendy Chang, 30, supports the idea too, as it will improve productivity for workers when they return to the office.

“It doesn’t even have to be used for travelling,” she says.

“If the holiday can be used to unplug, pursue hobbies or just for some peace of mind, it would already serve its purpose.”

However, Chang agrees that a worker’s allocated annual leaves should be untouched.

“It should be presented as an option.

“Workers should be given a choice to use a preferred number of days that week. It’s only fair if we have plans outside that week,” she says.

Concurring that it’s tough to switch off from work, Chang had to postpone numerous social outings because of work.

“Sure, we can open our handphones and laptops from wherever we are.

“But nobody wants to be worrying about work when they are with their loved ones,” Chang says.

Meanwhile, some disagree with a Malaysian Golden Week like Mohd Syakir Hamdan, 36, a company executive.

“What’s more important is understanding employers,” says the father of one.

He says the national vacation week will cause congestion on roads and places like shopping malls.

“I agree that Malaysians are deprived of vacations but we should improve current situations.

“Most of us are generally made to feel guilty when we take leave even though we are entitled to it.

“Last year, I cancelled a holiday because my former employer wanted me to be around for a project,” Mohd Syakir says, recalling that he and his wife had wanted to watch a concert in Singapore.

He had already paid for the concert tickets, flight and hotel stay.

“I also make it a point to reply to all messages about work despite being on leave.

“So, I believe it is more important that Malaysians have a proper, uninterrupted break than a national vacation week,” he adds.

He feels it is also unfair for those in the service industry, who have to deal with unusually high traffic while the rest go on holiday.

“But in many developed countries, work ends at 5pm and no clients are entertained after that.

“Over here, many Malaysians oblige customer demands past working hours,” he says.

Another point is that many cannot afford to go on vacation, especially the low-income group (B40).

“Vacation is secondary to putting food on the table,” Solomon says.

To make it easier for workers to have vacations, he suggests that employers provide vacation leaves besides annual leaves.

“They could also pay an allowance to enable workers to have a vacation even if it’s within the country.

“This will help spur the economy and motivate workers.

“The government can provide tax exemption to employers who offer such benefits as they will be acting in the best interest of the workers,” he says.

Solomon says it is difficult to pull off the Golden Week because Malaysia is a multicultural nation with various celebrations at different times.

“Both Japan and China are monocultural, and that allows them to have common customs, including festivals.

“A few national holidays also fall within the Golden Week.

“These are not deducted from workers’ annual leaves,” he points out.

Experts: It should be company culture to respect employee’s time off 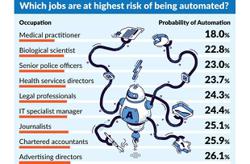 The average work meeting is 20% shorter since the pandemic, new survey finds