PUTRAJAYA: The public hearing of the Royal Commission of In­­quiry (RCI) into the discovery of temporary transit camps and mass graves in Wang Kelian in Perlis was told that Malaysian authorities were aware of the presence of the camps and graves earlier than their Thai counterparts.According to New Straits Times (NST) journalist Aliza Shah Muhammad Shah, the then Inspector-General of Police Tan Sri Khalid Abu Bakar, however, decided not to disclose the discovery at the request of his Thai counterparts.

Aliza Shah said Khalid admitted this to her when she met the former IGP at an event on Oct 10, 2015, after he ignored her telephone calls and WhatsApp messages asking whether it was true that the Malaysian authorities had discovered the camps and graves in January 2015.

“Tan Sri Khalid said he read and understood the question on my WhatsApp message but did not reply because he feared the screenshot of his message would be disseminated.

“Tan Sri then admitted it was true that they found the camps much earlier but his Thai counterparts requested Malaysia not to expose them as they wanted to be the first to make the announcement,” she said, adding that the admission was made after making sure there was no audio recording.

Aliza Shah, who left NST last year, said this when she testified as the 24th witness on the eighth day of RCI proceedings before a six-member panel led by former Chief Justice Tun Arifin Zakaria.

For the record, the Thai police chief announced the discovery of the camps and graves in their country on May 1, 2015.

Earlier, the 23rd witness NST-TV editor Farrah Naz Abdul Karim said she received instructions from NSTP top officials not to do any follow-up coverage on the case as instructed by the then IGP Tan Sri Mohd Fuzi Harun.

The hearing continues next Tuesday. — Bernama 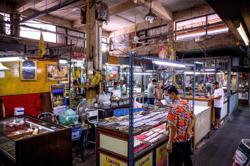 He will be missed 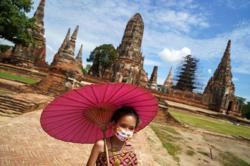 Thais return to temples in traditional garb - and masks