Repatriated assets to be used to pay off 1MDB debt

PETALING JAYA: The government will use the repatriated US$322mil (RM1.3bil) in 1Malaysia Development Bhd assets from the US Department of Justice (DOJ) and S$50mil (RM152mil) from Singapore to repay 1MDB debts of RM51bil, said Finance Minister Lim Guan Eng.

“The Finance Ministry (MOF) warmly welcomes the US Attorney General’s Chambers’ announcement that US$322mil from 1MDB assets is to be returned to Malaysia following DOJ’s Kleptocracy Asset Recovery Initiative.

“The funds received through the repatriation of 1MDB assets will be used to service 1MDB’s debts amounting to RM51bil.

“This amount includes the amount of interest borne and loans from MOF of RM8.6bil that were used to repay 1MDB’s debts to date.

“The funds will also be used to pay legal and litigation costs arising from efforts to repatriate and dispose of 1MDB assets around the world,” said Lim in a statement yesterday.

On Tuesday, Attorney General Tommy Thomas said that Malaysia had recovered 1MDB assets worth US$322mil (RM1.3bil) since investigation began in May last year, with the United States having returned funds of over US$57mil (RM236.5mil) in first instalment. Thomas said another sum of S$50mil (RM152mil) in funds traceable to 1MDB had also been ordered by the Singapore Courts to be repatriated.

Lim said the repatriation of 1MDB assets was a first step in “the recovery of Malaysia’s reputation so that the country will no longer be known as a kleptocratic nation”.

“The repatriation of these assets through legal processes also proves that 1MDB-related wrongdoings have occurred,” he said.

He also extended the ministry’s appreciation to the international authorities. 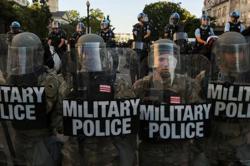 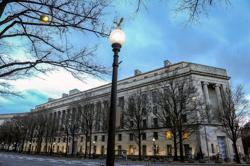