Malaysia Now and Then: ‘We are always on our own’, says Sekinchan padi farmer

A 43-year-old farmer from Sekinchan, Abang Zaki has worked in the padi fields most of his life. -Pic by Joe Kit Yong for Ceritalah.

“Nobody knows how it got its name or what causes it. It dries out the stalks of the padi. After that, you can’t use it.”

Abang Zaki is a burly 43 three years old. His skin is tanned and leathery. He’s been a rice farmer all his life, cultivating a three-acre plot in Selangor’s Sekinchan region.

A third-generation farmer, he’s been able to reap two harvests from his land.

“Sekinchan” is a Teochew word which means “land suitable for farming”. The area is commonly acknowledged to be the state’s rice bowl. The emerald-coloured padi fields are surrounded by fruit orchards and vegetable farms – in total, some 1,400ha.

However, the last three rice harvests have been disappointing. According to Abang Zaki, there have been pest attacks, while rents have been escalating. At the same time, the high moisture content lowers the returns. 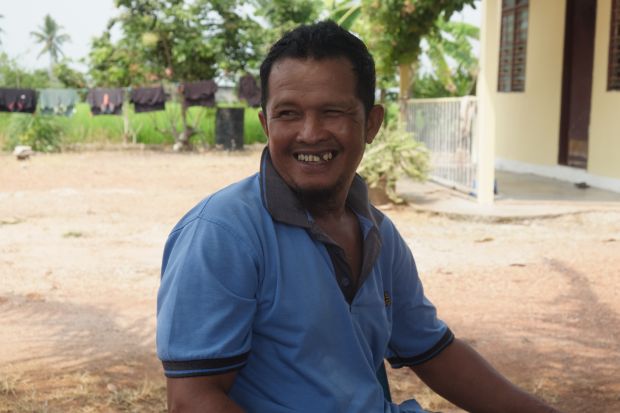 A few years ago it used to cost around RM4,000 to farm a three-acre plot. The farmers Team Ceritalah spoke to however now feel that input costs have risen to RM6,000 or by a full 50%.

Pesticides and insecticides have become costlier and it seems – at least to the farmers – as if the rest of the country isn’t too sympathetic to the people who grow their daily staple.

Indeed, the farmers here complain that their elected representatives (from the Sungai Besar Parliamentary and Sekinchan state seats) haven’t been around to visit their neighbourhood yet.

The last Mentri Besar to come was Dr Mohamad Khir Toyo in the early 2000s. “I don’t even know who the current Mentri Besar is,” exclaims Abang Zaki.

The former Agriculture and Agro-based Industry Minister Noh Omar, of Umno, also used to visit the farmers often. He had helped them by introducing higher-yielding seeds.

Abang Zaki complains that the current government hasn’t given enough attention to the padi farmers.

“They don’t understand what it’s like to be a padi farmer – we need them to address the real problems here.”

New pests and diseases, including the seemingly mysterious BBM, has forced them to increase their spending on pesticides – and even that is not enough. 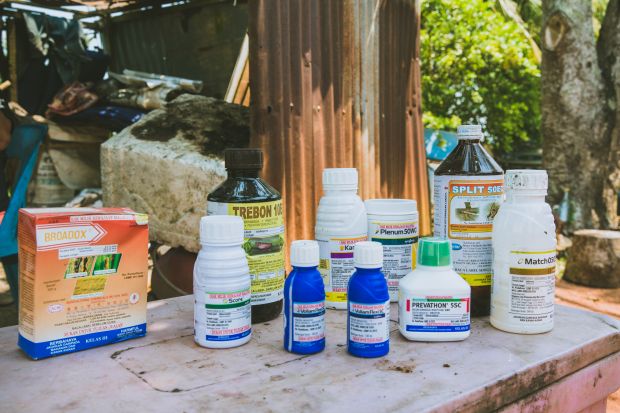 According to Abang Zaki, there have been pest attacks and escalating rents of late. -Pic by Joe Kit Yong for Ceritalah.

Some farmers have started to diversify into other cash crops like vegetables. Abang Zaki now grows coconuts.

“I couldn’t believe it when I found out that some hotels sell them for RM20!” he said.

Others have diversified into tourism, operating homestays. It’s a lucrative business, with successful ones being able to clear around RM2,000 a weekend.

“They (the guests) usually come down from Kelantan and Terengganu.”

Din – Abang Zaki’s friend and neighbour – sees this as a result of Sekinchan’s knack for innovation.

The “Sekinchan model”, cited as the benchmark of padi farming communities across the country, is highly regarded. Basically it encourages bottom-up initiatives. There are also block leaders who help the farmers engage with local government.

However, according to Din, not all block leaders are equally effective. Some are unwilling to lobby on behalf of the farmers they represent. As a result, many farmers derive far less support from the authorities than they are entitled to.

Abang Zaki is concerned about the next harvest, which is two months away. He used to be able to get 10 tonnes per hectare, but now he is lucky to get even seven.

“Sometimes, we just break even. Macam ini-lah (it’s like this). We’re always on our own.”

The writer also has a weekly column in The Star; ‘Ceritalah’ appears every Sunday. In this series on online exclusives, Karim and Team Ceritalah meet ordinary Malaysians to ask them how things have changed over the past 12 months.