IPOH: There has been a 60% increase in child abuse cases in Perak between 2015 and 2018, says Deputy Health Minister Dr Lee Boon Chye (pic).

He said state Welfare Department statistics showed that there were 271 cases in 2015 while there were 451 in 2018.

He said majority of these cases involved little girls and were related to sexual abuse and neglect.

"The mothers' boyfriends are the main culprit, followed by biological fathers and stepmothers. These incidents occurred mostly at home," he said.

Dr Lee said this in his opening speech during a anti-domestic violence seminar at Mydin Meru Raya here on Saturday (May 4).

"There are still cases that were not reported related to child abuse and domestic violence," he added.

Dr Lee said one of the main factors for abuse included arguments in the family, neglect and also carelessness by parents or caretakers.

"Children have also been left unsupervised, left inside cars, fallen from escalators or buildings and allowed to go shopping for daily goods alone," he said.

As for abuse cases involving adults, Dr Lee said there have been 659 cases reported so far this year.

"About 86% are women and involve physical abuse.

"The culprits include the husband or wife, siblings, boyfriends and girlfriends. These incidents would mainly occur at the victim's home," he said.

Dr Lee said the situation with child abuse and domestic violence has reached a worrying level. 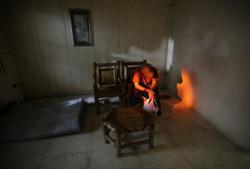