Prominent Sabah Indian leader passes away at the age of 92

KOTA KINABALU: Prominent Sabah Indian leader Datuk K.A.Vanar (pic), who was instrumental in getting Deepavali declared a public holiday in the state, passed away at the age of 92 on Wednesday (May 1).

Vanar, who was Sabah Indian Association president in the 1990s, was involved in community activities since the 1970s.

As a minority community, he felt that Indians should work with multi-racial parties in Sabah to pursue their agenda despite the entry of MIC in the late 1990s.

Through SAPP and the then state Barisan government under Tun Sakaran Dandai, the Cabinet in 1996 decided to approve Deepavali as public holiday in 1996.

Through SAPP, Vanar also facilitated getting state funding for Hindu temples in Sabah during his involvement in the government between 1994 and 2004.

While in government, he served as deputy chairman of the Sabah Housing and Town Development Board before helming it for about year in 1997. 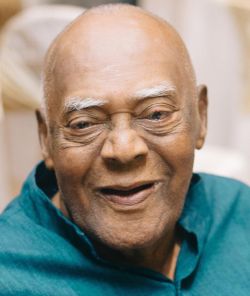 As secretary to the Kota Kinabalu Hindu Temple Association in the late 1980s, Vanar and other members of the temple were instrumental behind the construction of the unique Sri Pasupathinath Temple in Kota Kinabalu.

Vanar, whose wife Datin Kamala Dewi passed away in 1996, had four sons, the eldest of whom died in 2013, and two daughters along with 14 grandchildren and two great grandchildren.

Prior to active involvement in politics, he worked with the North Borneo colonial secretariat in 1947, but left to join the private sector North Borneo Trading Company in the 1950s.

He then joined the just set up Sabah Electricity Board in 1965 and retired as a senior manager in 1983.

He worked briefly after his retirement with Sabah Gas Industries in Labuan when it was set up before getting involved in the Sabah Indian Association and temple association activities from the late 1980s.

His cremation was held at the Fook Lu Siew funeral home near here at about 2pm Thursday (May 2).