PETALING JAYA: Perlis mufti Datuk Dr Mohd Asri Zainul Abidin is prejudiced in his criticism of the Pakatan Harapan government and has little credibility to speak on the concerns of the people, says the National Patriots Association (Patriot).

"Our Prime Minister and his cabinet’s main concern is the economy. Putting right the economy which has been raped through successive scandals by the previous administration will go a long way towards helping the people, the majority of which comprise the Malay poor," he said.

"The government allocated RM6.3bil to rescue Felda, and another RM17.8bil on a restructuring plan for Lembaga Tabung Haji.

"These bailouts of RM24bil to solve problems created by the past administration are huge amounts, and the non-Malays are not protesting," he added.

He said the Finance Ministry was also continuing Barisan Nasional-era infrastructure contracts that were given to Malays and "Umno cronies" after renegotiating the contract with a saving of RM806mil.

"If these actions of the government are not considered kind towards the people, particularly the Muslims, then what is?" he asked.

"Mohd Asri lost credibility for not speaking up strongly enough against Najib Razak and the top officials of the previous administration when the mega scandals disgraced our nation," he added.

He said as head of the state's Islamic religion, Asri must also propagate unity among all races from different religions.

"The issue of the arrest of independent preacher Muhammad Zamri Vinoth Kalimuthu for allegedly insulting Hinduism, which Mohd Asri seemed to have protested, is an isolated issue," he said, adding that the investigation should be allowed to run its course.

"Patriot would like to reiterate that no one, no preacher, of whatever religious denomination, should make comparisons between one religion and the others," Mohamed Arshad added.

On Monday (April 29), Mohd Asri said the arrest of his close associate Muhammad Zamri was a "political reality that allows Muslims to be bullied".

Muhammad Zamri was arrested over remarks that were said to have insulted Hinduism.

Zamri, who heads Muslim propagation organisation One Centre Malaysia, is being investigated under Section 298A of the Penal Code and Section 233 of the Communications and Multimedia Act over a lecture at a mosque in Kelantan last year.

Perlis police chief Senior Asst Comm Datuk Noor Mushar Mohamad said Zamri has a criminal record and is also being investigated for criminal breach of trust and over a rape case. 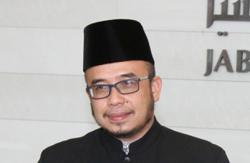