Steven Seagal: I'd definitely consider shooting a movie in Sarawak

Steven Seagal during his visit to Siniawan, Sarawak on April 28, 2019. The action movie star said he would consider using the picturesque town centre as a shooting location. – Bernama

KUCHING (Bernama): Hollywood action star Steven Seagal left behind a trail of awe-struck fans when he made a special visit to the old town of Siniawan in Bau near here on Sunday (April 28).

Accompanied by his wife Erdenetuya, the 67-year-old Seagal said he would consider using Siniawan, which is famous for its unique night market, as a shooting location.

"Yes, definitely" he said to fans and the media before proceeding to visit the nearby Swee Guk Kung temple and Buddhist Village temple as well as releasing fish into the river in Siniawan.

Seagal, who made a special appearance at the just-concluded Asean International Film Festival And Awards (Aiffa) here, also visited the Semenggoh Wildlife Centre to see some orangutans and planted some trees to mark his visit to the state's tourist attraction. 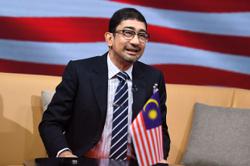 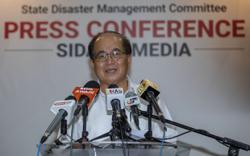