ALOR SETAR: An NGO vocal against the des­truc­­­­­­tion of natural re­­­sour­ces has raised concerns over logging in Bukit Keramat, near the Ahning Dam’s buffer zone.

“Logging within a 2km distance of the lake could kill and dry up its tributaries, and this could affect the dam,” said Puan Sri Shariffa Sabrina Syed (pic), the president of Pertubu­han Pelin­dung Khazanah Alam (Peka).

She said the dam was located within the permanent forest reserve enclave in Bukit Keramat encompassing a land area of 11,105ha.

“Plantation forests have replaced much of the natural forest which was less effective in regulating rain, preventing soil erosion and protecting the diversity.

“Today, forest clearing and resources exploitation are not limited to the Ahning and Pedu Dam’s buffer zones but also to Bukit Enggang at Sik and Gunung Jerai.

“We trust that prudence will prevail and the Kedah government will take immediate remedial steps to avoid any further loss of the nation’s natural heritage,” she said.

The Ahning Dam is one of the four dams in Kedah. The others are the Sungai Muda, Beris and Pedu dams.

Work on the dam began in 1985 and was completed in 1989 by the Works Department. Situated on an area of 12sq km, it has storage of 275mil cubic metres.

The study was done because Sada found a high concentration of iron and manganese from the raw water source, which originated from the Ahning Dam.

The water quality deteriorated during the dry season and it occur­red after the upgrading of the treatment plant with larger capacity.

This occurrence was not there before the upgrade where the water quality was approved for consumption by the Health Ministry.

However, the result of the study was not known.

Xavier: No decision yet to compensate Pahang 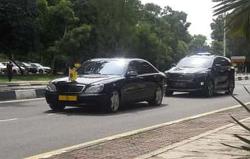 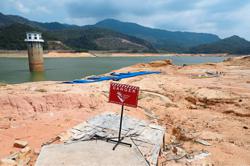 Penang dams in need of rainfall