FORMER residents of Kampung Tun Razak in Puchong, who were moved to Taman Puchong Prima in 2005, have yet to receive their deeds, Makkal Osai reported.

The residents were given 303 lots on 17ha of land. Many of them built houses on the land and moved in.

But there is no proper access road from the main road to their area, said resident Balamurugan Sekaran.He said the area had malfunctioning streetlights, clogged drains and snakes in the overgrown bushes.Fellow resident Chandrasekaran Muniandy said break-ins and robberies often occurred.

The residents said if the issue was not addressed, they would send a memorandum to the Prime Minister.> The body of an Indian national who killed himself following a ­family dispute was repatriated to Tamil Nadu with the help of a local NGO, Malaysia Nanban reported.

The man, identified as Mani­kandan, allegedly drank weedkiller and died at a hospital in Banting. 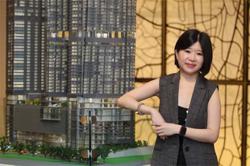