Selangor Maritime director Capt (Maritime) Mohammad Rosli Kassim said the fishermen were in a fibreglass boat near a white buoy off West Port, 0.3 nautical miles from south Tanjung Mahang, Port Klang, when they were reported missing at 11 am Sunday (April 14).

The fishermen were identified as brothers Mohd Faisol Romle, 38, and Muhammad Firdaus Romle, 25, their friend Mohd Amirul Adli Khairi, 25, and another person known only as Nazaruddin.

Mohammad Rosli said the agency was notified by the police of the disappearance of the fishermen at 9.40pm on Sunday and launched the SAR at 10.30pm.

“Based on information received, the fishermen were supposed to have arrived at the Sungai Kembong jetty, Pulau Indah, Port Klang, yesterday (April 14) morning, but one of them contacted a friend to ask for help after failing to start their boat engine because of battery problems.

“The friend and two other men then tried to trace the fishermen at their last-known location (near the white buoy) as stated in their WhatsApp (message) but the white fibreglass boat was nowhere in sight.

“The missing fishermen also could not be reached on their handphone,” he said in a statement here Monday (April 15).

According to Mohammad Rosli, the SAR operation was being conducted within a radius of five nautical miles from where they were reported missing.

The SAR operation failed to locate the fishermen last night and it was resumed this morning with the help of the Port Klang Fire and Rescue Department and Pulau Indah marine police. – Bernama 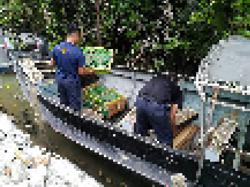 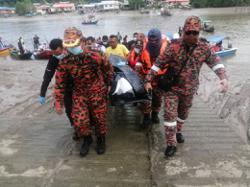