KUALA LUMPUR: The Felda White Paper was tabled in Parliament, during which the government accused the previous administration of, among others, shady transactions and conflict of interest.

The Dewan Rakyat was told that some RM2.7bil of Federal Land Development Authority (Felda) money was used to buy political support before the last general election in May 2018.

“(Najib), who was known as MO1 and who was the finance minister at the time, was involved in the investment process. These actions were not only irresponsible but criminal in nature,” he claimed.

Azmin cited the purchase of Indonesian company PT Eagle High Plantations Tbk from PT Rajawali Capital at a higher market rate as an example of the abuse of Felda funds.

He added that as of March this year, the RM2.3bil investment was only worth RM500mil.

Eagle High is part of the Rajawali Group owned by Peter Sondakh, who Othman claimed was close to Najib. 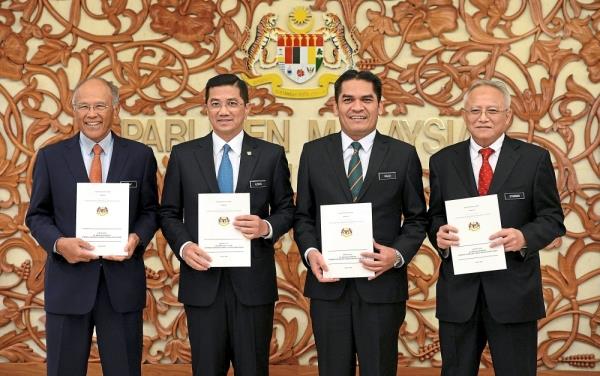 He also said there was a conflict of interest by former Felda chairman Tan Sri Mohd Isa Abdul Samad – referred to as FO1 – by holding positions in 39 other subsidiaries under Felda and Felda Global Ventures (FGV).

Isa, who was appointed as Felda chairman from January 2011 until January 2017, was FGV chairman as well as FIC chairman.

Later, wrapping up his reply to debate on the White Paper, Azmin said the government would adopt a new model in managing land under Felda which had been leased to FGV.

In his winding-up speech, Azmin acknowledged that it was difficult to return the land to settlers as Felda had leased it to FGV under a 99-year agreement.

“However, Felda is in the midst of reviewing the terms of the agreement with FGV so that it would benefit all parties, particularly settlers and Felda, although the land does not belong to them,” he said.

He added the White Paper on Felda would seek a new model to manage Felda land to ensure more profitable economic scale of return.

On claims by opposition lawmakers that Felda had made a loss after Pakatan took over, Azmin clarified that Felda’s true net value was only revealed after an impairment exercise was carried out on its assets.

He said the former Felda management had failed to carry out an impairment exercise to value its investment and kept quiet about it until 2018.

He said when land was managed by Felda itself, it managed to obtain nett profit of RM1bil to RM2bil.