Indonesia to probe warehouse of voting papers in Malaysia

JAKARTA, Indonesia (AP): Indonesia's Election Commission said Thursday (April 11) it was sending officials to investigate after videos circulated online of thousands of voting papers for next week's polls scattered throughout a warehouse in Malaysia.

One of the videos shows police at the warehouse in Selangor and people holding up voting papers and commenting they'd been marked in favour of Indonesian President Joko Widodo and legislative candidates for parties in his coalition.

Indonesian election commission official Ilham Saputra said they would "immediately set up a team and send its members there to ascertain what really happened".

The Indonesian presidential and legislative elections are set for Wednesday.

Saputra said Indonesians living in Malaysia would vote on Sunday and voting papers had been sent to the country a week ago.

He said the overseas election commission advised that it had not rented a shophouse in Malaysia.

Opinion polls from the second half of March showed Widodo had a large lead over his challenger, former special forces general Prabowo Subianto, but undecided voters as high as 20%. – AP 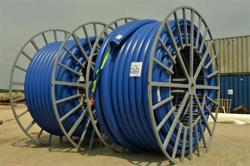