Babysitter arrested after infant chokes to death on milk

JOHOR BARU: A woman was remanded for one day on Thursday (April 11) to assist in the investigation into the death of a four-month-old baby believed to have choked on milk on Tuesday (April 9).

The babysitter to the victim, Haraz Mohd Hafez, arrived at the Magistrate and Sessions Court Complex remand room, here at about 11am on Thursday (April 11), accompanied by policemen.

Earlier reports say the baby choked to death after drinking milk at his babysitter’s house on Jalan Merdeka near Kampung Melayu Majidee here on Tuesday afternoon.

According to the victim's father, Muhd Hafez Mohamed, 31, he received a call from the babysitter at about 2pm informing him that his son, Haraz Mohd Hafez, was unconscious.

He then hurried to his the babysitter's house.

The baby was pronounced dead after being sent to Sultanah Aminah Hospital (HSA) here.

The case is investigated under Section 304A of the Penal Code for carelessly causing death. 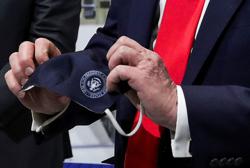