KUALA LUMPUR: The four academics wrote a summary of the Rome Statute that was presented to the Conference of Rulers should be appreciated and not condemned for their academic views, says former Higher Education Minister Datuk Seri Idris Jusoh (pic).

"They were expressing their academic opinions and it should have been appreciated," he said.

Idris said that it would be inconsistent to chastise the views of the four academics simply because it was not in line with the government's stand on the matter.

"When they are supporting the government, they are good. But when they are a little critical, then it's not good," he said to reporters when met at the Parliament lobby on Tuesday (April 9).

Last Sunday (April 7), a group of student activists leaked a 10-page executive summary prepared by four academics which was presented to the Conference of Rulers last Tuesday (April 2).

The student activists claimed that the arguments in the summary were one-sided and only discussed why the Conference of Rulers should reject the Rome Statute.

When asked to comment further on the matter, Idris said he had not read the executive summary yet.

"I don't know about the executive summary but they should be given space to air their opinions. And that is what is said by the current Education Minister. Give space. We need to be free. Give autonomy to universities," he said.

It was reported on April 5 that Malaysia would withdraw from ratifying the international treaty that covers serious crimes and crimes against humanity.

Prime Minister Tun Dr Mahathir Mohamad said the Cabinet had decided not to ratify the Rome Statute of the International Criminal Court (ICC), which governs the prosecution of perpetrators of genocide, war crimes, crimes against humanity and crimes of aggression.

The ICC is the first permanent, treaty-based international criminal court, and its objective is to end the impunity for perpetrators of the most serious crimes known to the international community.

It was established in 2002 and is governed by the Rome Statute.

Dubbed the "court of last resort," ICC takes action against individuals when a government is unwilling or unable to prosecute on any of those four crimes.

The ICC's powers are limited to only those four crimes – genocide, war crimes, crimes against humanity and crimes of aggression and it only prosecutes individuals, not groups or countries.

The ICC usually only exercises jurisdiction over these crimes if committed by citizens of a country that had acceded or were within that country – unless the UN Security Council refers a situation to the ICC or when a country declares that it accepts the ICC's jurisdiction. 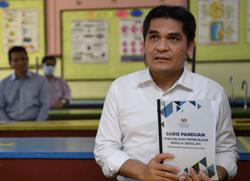 Temperature checks, eating in class during recess to be the new normal when schools reopen, says Education Minister 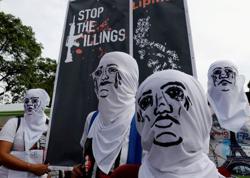