Euthanised bear not the only one kept in poor condition 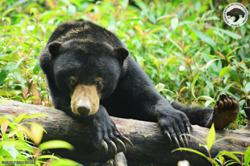 GEORGE TOWN: A sun bear, which was recently euthanised, was allegedly kept in poor living conditions at the Bukit Merah Laketown Resort in Bagan Serai, Perak.

of the animal’s “poor living conditions” as well as those of other wildlife in the resort in December.

“A source from the Malaysian Friends of the Animals has sent us the photos and we reached out to the Bukit Merah Laketown Eco Park on this issue in December.

“Later, we learnt that one of the four sun bears had to be euthanised,” he said in an interview yesterday.

Upreshpal said he later learnt that the sun bear had been suffering from an acute fungus infection on its lower jaw and had to be euthanised.

“This meant that the resort did not do anything to address the issue or to improve its living conditions.

“The sun bear was euthanised following the advice of an independent veterinarian and the Wildlife and National Parks Depart­ment (Perhilitan) as a final measure to ease its suffering.

“It is unfortunate to see the end of a bear’s life.

Tragic situation: One of the sun bears which had to be euthanised at the Bukit Merah Laketown Eco Park, Bagan Serai.

“We saw the cages before and they were completely unsuitable for the complex needs of sun bears.

“The same goes for the enclosure of the python, which does not mimic the conditions in the wild,” he said.

Upreshpal added that such living conditions could put the animals under extreme stress and urged the resort to do something.

He claimed that other photos showed rabbits packed together in a small cage, adding that he hoped for the public to be aware of the issue.

The smallest of eight bear species, the sun bear is listed as Vulnerable on the International Union for Conservation of Nature (IUCN) Red List.

The population is thought to have declined by more than 30% over the past three decades due to the dramatic reduction of habitat and poaching in South-east Asia.

Malaysian Nature Society Penang adviser Kanda Kumar said it was unaware of the issue and had not received any complaint about the mistreatment of animals at the resort.

“If we have received any photo evidence, we would have sent someone to check out the situation or report it to Perhilitan.

“But since the sun bear was euthanised in the presence of Perhilitan, they must have approved the euthanisation as sun bears are protected animals and they cannot simply be put down.”

Bukit Merah Laketown Eco Park technical adviser and veterinary surgeon Dr D. Sabapathy said he was not aware about the current conditions of the zoo as he has been away for months.

“From what I know, the zoo has been closed down, and there were no updates from the resort management,” he said.

A spokesman from Perhilitan, the Zoological Parks Division, said the euthanisation was approved by Perhilitan before it was carried out.

“Zoos and parks cannot simply euthanise animals, especially protected animals, so any euthanisation is likely approved by Perhilitan and the process witnessed by an official from the Perhilitan.

“Euthanisation is usually the last measure because we will always check if that animal is really sick beyond treatment before we recommend euthanisation,” he said when contacted yesterday.

A Bukit Merah Laketown Resort public relations executive, who wished to be known as only Zul, said they could not comment on the issue at the moment and were awaiting a response from their top management. 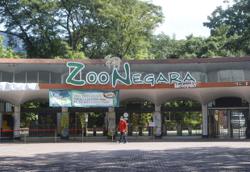 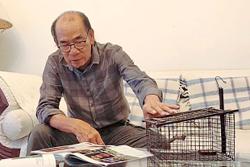