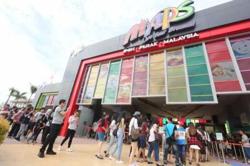 IPOH: A special audit has discovered that the Movie Animation Park Studios (MAPS) here received RM217mil in additional funding for its construction and development.

State-owned Perak Corporation Berhad's (PCB) audit committee chairman Chong Zhemin said the original cost stated for the construction and development of the theme park was RM390mil, but the actual cost stood at RM607mil.

He said this was never disclosed by the previous administration.

"What is more shocking is PCB Development Berhad (PCBD), which owned 51% of the share of Animation Theme Park Sdn Bhd (ATP), was solely responsible for the additional funding," said Chong.

Chong said that former mentri besar Datuk Seri Zambry Abd Kadir must explain and be responsible for the cost increase, as he was the Perak State Development Corporation (PKNP) chairman then with direct control over its subsidiaries PCB, PCBD and ATP.

The Keranji assemblyman said the internal audit report shows from the RM607mil project, ATP paid a total of RM413mil in the form of advances or payments, was paid directly to the MAPS main contractor in Malaysia.

However, when the main contractor – which is owned by a private limited company registered in Singapore – was being wound up, its shares were transferred to a company incorporated in the British Virgin Islands on Oct 31, 2017.

"The (British Virgin Islands) incorporated company submitted a petition to wind up the main (Malaysian) contractor on Feb 15, 2018.

"In May 2018, during the creditor meeting called by the appointed liquidator, we were told that the main (Malaysian) contractor only has RM1,500 left in its bank accounts," he added.

Chong said although the special audit is inconclusive of any misconduct or fraudulent acts that may have occurred, there are a lot of questionable decisions and lopsided agreements that could be raised.

"I agree with the internal audit's opinion that the review on the main contractor's accounts and records is vital to determine the outflow of the cash.

"I will raise this in the coming state Public Accounts Committee meeting, and suggest to PAC to look into the accounts and get to the bottom of the issue," he added. 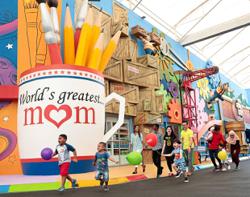