Tourist held for using bong to smoke in public

Fancy that: The tourist using a device that looks like a bong to smoke.

LANGKAWI: A Chinese tourist was detained by the police after he was seen using a rare smoking device similar to a bong and was suspected of taking drugs in public places, Sin Chew Daily reported.

However, the 60-year-old man tested negative for drugs.

He was only using "red tobacco" and not illegal drugs.

It is learnt that this Chinese tourist was in Langkawi for a five-day trip.

He used the device outside a shopping mall to smoke.

Someone took a video of him using the bong and the video went viral on social media. A close-up of the device.

Langkawi police chief Supt Mohd Iqbal Ibrahim said they took note of that after they saw the video uploaded online.

Policemen were sent out to investigate and they detained the Chinese tourist.

“The police officers from the Narcotics Crime Investigation Department detained the man and brought his aluminium smoking kit back to the police station for further investigation,” he said.

The tourist and his wife followed a tour group and arrived in Langkawi on Sunday for a five-day, four-night tour.

The tourist claimed that when he entered the country, customs officers scanned his baggage and found the smoking device.

He managed to bring that in because it did not break the law.

Supt Mohd Iqbal said that after investigation, they confirmed the tourist did not take drugs and released him.

However, the smoking bong and the "red tobacco" were confiscated. 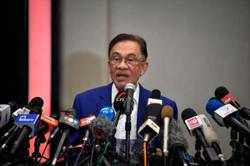 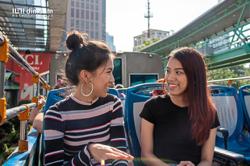