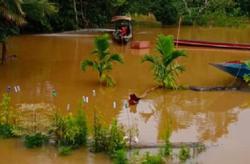 MIRI: The Sarawak Forestry Department has been told to suspend the logging permit issued to an oil palm company that was clearing land next to the Mulu National Park.

The Star learned Wednesday (March 20) that the advice to suspend the logging came from Mulu state assemblyman Datuk Gerawat Gala.

"Datuk Gerawat told the Sarawak Forestry Department that the forest-clearing at the Mulu fringes must stop for now due to the heated confrontations between groups of Penans, Berawans and Terings natives and the plantation company workers there.

"The situation will get more tense unless the forest-clearings are suspended until further notice," a source said.

Berawan native leader in Mulu, Willie Kajan, confirmed that the loggers had halted the forest-clearings adjacent to Mulu, for now at least.

"Yes, the loggings have stopped for now but we natives will still guard the place to make sure the loggers do not return," he said.

Earlier this week, fresh confrontations erupted at the fringes of Mulu between the native communities and workers of the oil palm giant.

The Penans, Berawans and Terings forcefully stopped tractors and excavators of the oil palm plantation company from cutting down and extracting trees near Mulu.

The protesting natives forcefully blocked the plantation workers from operating and also used big ropes to tie up the heavy machineries.

The commotion started when the natives found out that the plantation workers had resumed cutting down trees at the forests next to Mulu and digging up the land - despite ongoing investigations into claims of trespassing by the loggers into native land there.

Kajan said there was a directive to the plantation company to halt all forms of land clearing there until further notice.

"But we on the ground found that the workers of the plantation company had not followed the directive.

"Logging operations are still in full swing near Mulu contrary to what the politicians said.

"We the natives of Mulu have no choice but to forcefully stop the plantation workers and their logging machineries," he said.

Kajan said thousands of trees had already been cut by the plantation company to clear some 4,400 hectares of forests to set up an oil palm estate.

The Mulu natives want the plantation workers to leave the Mulu vicinity and remove the heavy machineries immediately.

Mulu National Park is a world heritage site that is home to the largest cave systems on the planet.

Located 200km inland from here, Mulu is also home to many species of animals and plants found only in Sarawak.

The Mulu natives had erected human blockades against the plantation workers since last month. 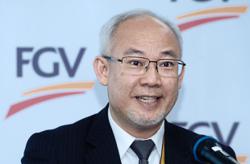