“MRCB has seen the comments made by PAC in its media release in connection with the redevelopment of KLSC in Bukit Jalil.

“MRCB takes note of the committee’s comments and wishes to thank the PAC and the government for recognising its achievements in relation to this project,” the company said.

In its report, PAC chairman Datuk Seri Dr Ronald Kiandee noted that he and other PAC members were satisfied with the capability of Rukun Juang Sdn Bhd (RJSB), a subsidiary of MRCB that carried out that project.

PAC noted that RJSB completed the project in only 17 months and provided facilities to Bukit Jalil National Sports Complex that enabled them to organise the Temasya Kuala Lumpur 2017 successfully.

Kiandee said the event was successful and it was recognised with 10 awards.

Among the awards include the winner of Stadium of The Year by World Stadium Congress 2018 Award (Netherlands), winner of Exterior Lighting Design Award 2018 (Bangkok), and winner of The International Architecture Award 2018 (USA) at the international level. 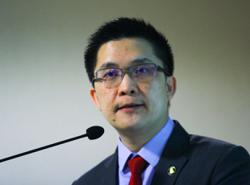