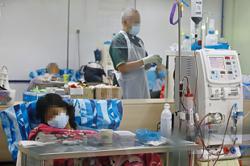 PUTRAJAYA: The number of patients with end stage renal disease (ESRD) will hit 100,000 by 2040 if little is done to address the disease, said Dr Lee Boon Chye.

The deputy Health Minister said currently there were over 40,000 ESRD patients requiring haemodialysis treatment and the numbers will be more than 50,000 in 2020.

“There needs to be more awareness about kidney failure. With mild kidney problem we can reduce failure by 50% with good control.

“This has to be made known to the public and doctors,” he said in a press conference after launching the Chronic Kidney Disease (CKD) Clinical Practice Guideline (Second Edition) yesterday.

Dr Lee said ESRD posed a great financial burden to the nation, with each haemodialysis cost RM40,000 a year.

Currently, there were 88% patients on haemodylisis and 12% on peritoneal dialysis (which can be done at home), he said.

He said kidney transplantation could reduce the overall cost of treatment by 25% compared with dialysis.

On how the number of ESRD can be reduced, nephrology national head Datuk Dr Ong Loke Meng said only 5% of patients with kidney disease knew they had the disease.

He said those with diabetes and high blood pressure are at risk of kidney disease and failure and should have their kidneys checked.

In her speech, Malaysian Society of Nephrology president Dr Sunita Bavanandan said there had been a sharp increase in CKD prevalence from 9.07% of the adult population in 2011 to 15.5% in 2018.

There were 786 haemodialysis centres and 51 peritoneal dialysis nationwide, she said.

Peritoneal dialysis was currently being used more in rural areas as the cost of set up is lower for service providers, said Dr Ong.

However, the dialysis is suitable for children and working adults. 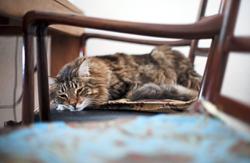