KOTA KINABALU: A massive beach and sea clean up in Sabah's Semporna district – the gateway to world-famous dive sites like the Mabul and Sipadan Islands – saw over four tonnes of trash collected on Tuesday (March 12).

According to Sabah Parks' Boni Antiu, one of the event's chairpersons, a total of 4,032kg of trash was removed from the ocean and beaches of Sibuan, Mantabuan, and Bohey Dulang in Tun Sakaran Marine Park.

He said the top three operators collecting the most trash were Scuba Junkies with 547kg, Armada Scuba (321kg) and Amir Scuba (300kg). 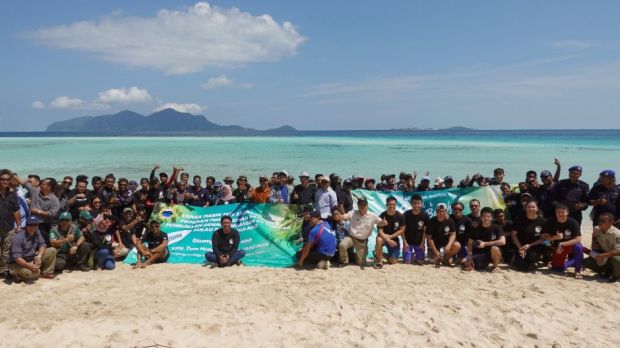 Boni said the event, which introduced the hashtag #SempornaReborn on social media was the biggest marine initiative amongst tourism stakeholders ever, involving over 30 operators and some 440 participants.

Other than tourism stakeholders, this event was also supported by the Semporna District Office, marine police and Malaysian armed forces.

Aaron Teo, the 32Marine founder, said the local community showed that they really wanted to shed Semporna's reputation for having issues with trash.

In conjunction with the clean-up event, Sabah Parks officiated the opening of a new hiking trail at Bohey Dulang to solve congestion issues due to large numbers of visitors over the years.

Sabah Parks chairman Mohd Amin Abdul Mem said they were creating a guiding and porter service just like the one in operation at Mt Kinabalu Heritage Park to create job opportunities for the Semporna community.

The public can keep up with more 32Marine clean-up events at www.facebook.com/32MarineSabah.