Persons of interest: The two suspects (in blue and red) being led out of the Penang Hospital mortuary in George Town. — MUSTAFA AHMAD/The Star

GEORGE TOWN: A chilling handwritten note was left next to an Irish information technology (IT) manager who was found murdered at a high-end condominium in Jalan Sultan Ahmad Shah here.

Apparently hitting out at scammers, the note reads: “I respected the Police & Still Do But Justice Sometimes has to be Gained. I Hate you Mafia Killing Scamers, I Love My Girl...”

Police have identified the victim as Brian Patrick O’Reilly (pic below), 50, who was posted here a month ago by a Singapore-based company.

Two people have been detained to facilitate the investigation and police are looking for another man, a foreigner.

Police are also looking for the author of the note. 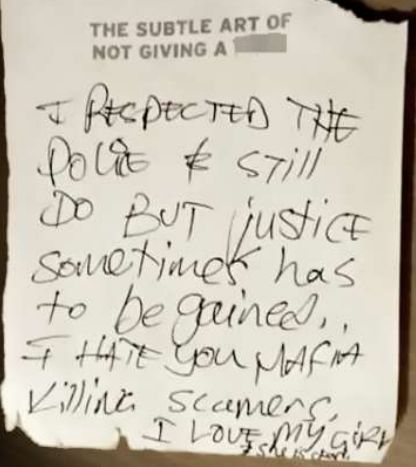 O’Reilly’s body, with his hands bound with shoelaces and legs tied with cloth, was discovered by a property agent at 5.15pm on Mon­day.

Initial investigations showed that the victim may have been hit with a pot and frying pan.

There were also stab and slash wounds on his abdomen and neck.

Penang police chief Comm Datuk T. Narenasagaran said a man, in his 40s, and a woman, in her 30s, had been detained to facilitate the investigation.

He said the man was among three people seen entering the condominium unit with the victim at 9.57pm on Friday and all of the visitors walked out several minutes later.

“One of them was captured by a closed-circuit television camera (CCTV) entering and leaving the victim’s unit.

“We are now looking for a fair-skinned foreign man who we believe could be key in our investigation,” Narenasagaran said yesterday.

“He went out alone carrying a suitcase. He left the building in an Audi,” he said, adding that 37 exhibits had been collected from the unit.

ACP Che Zaimani said the property agent who came across the murder scene was appointed by the victim’s company to provide residences for its employees.

He said the condominium was located next to the building where the victim was working. 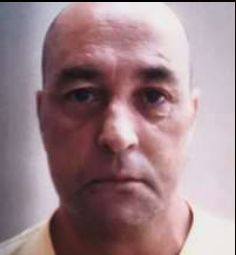 “The property agent had contacted him because he wanted to repair the air-conditioner at his office on Saturday.

“When he went to the victim’s residence, a fair-skinned man answered the door, saying that the victim was unwell and the appointment had to be cancelled,” he added.

ACP Che Zaimani said the property agent tried to reach the victim again on his handphone on Monday but to no avail.

“Acting on instructions from the Singapore office, the agent got a locksmith to break into the house.

“It was then that he found the victim in the master bedroom, soaked in blood,” he said.

He added that the victim had moved into the unit on Feb 4.

Meanwhile, Penang Irish Assoc­iation president Maggie Territt said she found out about the murder of O’Reilly from the news.

“I have not met with him at all and he is not with the association.

“I’ve just read about the incident from the newspapers.

“We have not received anyone from the embassy or his family members so far,” Territt added.