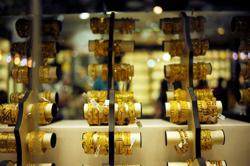 He said by harnessing the technology, consumers and the authorities would be able to track the origins of the producers from their laboratories and farms as well as their delivery to factories, suppliers and users.

“The technology will certainly come in handy if there is an outbreak of disease as it enhances the tracking and operations of food industries. Food can be tracked from the farms or laboratories to the dining table," said Sim.

He added that consumers could know where and when the food was produced and the delivery processes by scanning the codes on the food.

He said that blockchain is is a list of data that cannot be manipulated and added that it offers a secure way to trade, reduces costs and distrust, increases security and bypasses middlemen.

Held for a 10th year, the three-day PIHEC themed Digitalisation & The Halal Industry saw the participation of 350 booths.

A total of 50,000 visitors are expected to attend the event which ends on Saturday (March 2).

Penang Chief Minister Chow Kon Yeow, who was also present, said the country exported RM43.3bil worth of Halal products and services in 2017, and the industry is growing exponentially.

“Ten years ago, the number of Halal certified establishments in Penang was only 55.

“As of November last year, the number has increased to 1,112.

“The industry has grown by leaps and bounds after more than RM480mil was invested in the Phase One of the Penang Halal Industrial Park,” he said. 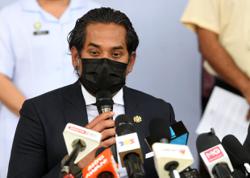