MIRI: An iron bridge at Kampung Segar in Simunjan district in southern Sarawak has collapsed, but it is not known whether there were any casualties.

The Sarawak Disaster Relief Committee, in an update at 430pm on Monday (Feb 18), said the Public Works Department has deployed engineers to the site.
Simunjan is about 100km from Kuching.

Images posted by the committee show a lorry upside down in a ravine next to the collapsed bridge. 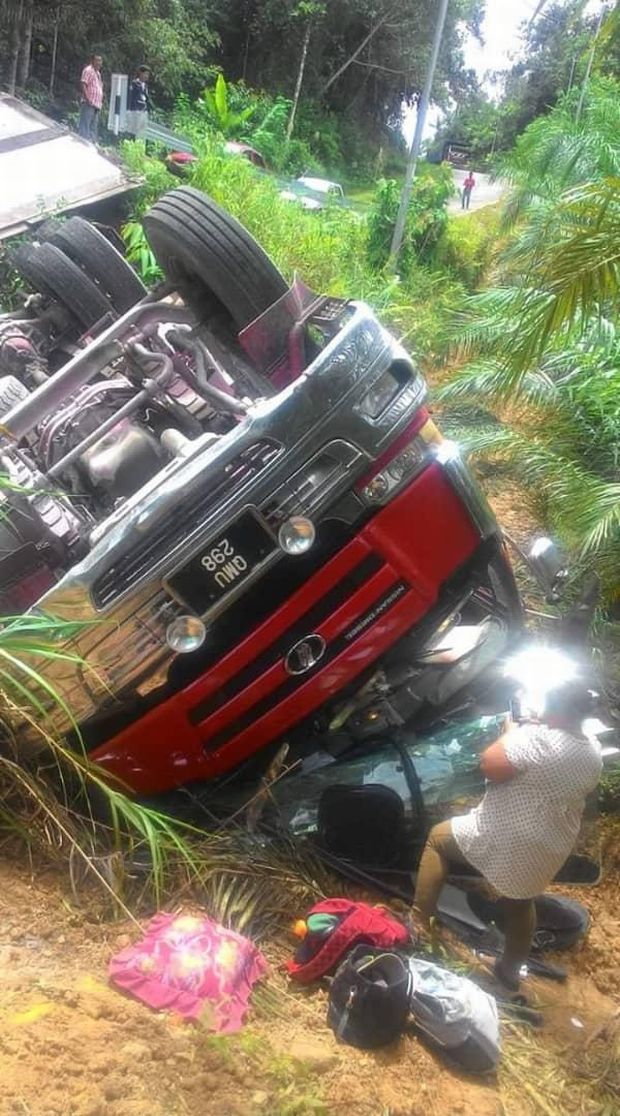 A lorry plunged into slope due to bridge collapse at Kpg Segar in Simunjan district in southern Sarawak. Pic by State Disaster Relief Committee.

The committee said initial indication was that ground erosion led to the bridge breaking apart.

As at 5pm Monday, there were no updates on whether anyone was hurt in the incident.