Aiming to wrestle back seat, SUPP sets up service hotline in Pujut

MIRI: Sarawak United Peoples Party (SUPP) in Miri has set up a public service hotline in the "hot seat" of Pujut state constituency.

The party has also consolidated its SUPP Pujut and SUPP Krokop branches into one central location.

All these moves are seen as early preparation by SUPP-GPS to wrestle Pujut from the Sarawak DAP in the next state elections. Although the 12th Sarawak state elections is only due by June 2021, the signs are pointing to the possibility of an earlier poll date.

The latest development in SUPP Pujut has certain added fuel to such talks.

SUPP Pujut chief Adam Yii, who is Miri mayor, told the press on Friday (Feb 15) that SUPP Pujut and SUPP Krokop are being consolidated in order to serve the constituents better.

"SUPP Pujut has set up a hotline number to cater to the needs of the rakyat.

"Anyone with any public issue concerns they need to deal with can call the SUPP Pujut hotline at 019-8863819.

"We are also consolidating SUPP Krokop and SUPP Pujut branches into one central location to merge the manpower to more effectively serve the rakyat.

"We SUPP Pujut will use the GPS logo in our official signposts to symbolise that SUPP is in a united GPS coalition," he said.

Yii said SUPP Pujut could be contacted through phone, WhatsApp and other social media vehicles.

He promised speedy response to the people's needs.

SUPP lost Pujut to the DAP in the 2011 state polls. In the 2016 state polls, DAP again won the Pujut seat by defeating United Peoples Party (UPP) candidate, the breakaway party of the SUPP.

Now SUPP is staking a claim for the right to contest the seat in the next state elections. 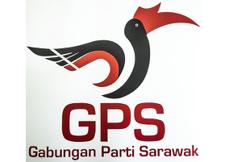 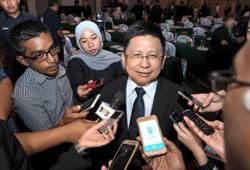