‘There should be no compromise on integrity’

PETALING JAYA: Honesty and integrity should take centre stage in the debate that is swirling over the legitimacy of certain university degrees of politicians.

Asli’s Centre for Public Policy Studies chairman Tan Sri Ramon Navaratnam said good political leaders need not be graduates but some academic credentials would be an asset to them.

“What we need are politicians with keen critical thinking, dedication and sincerity to serve the rakyat,” he said yesterday.

Ramon said that politicians who had “cheated” should confess and let the people decide if they still want them to carry on serving or quit their posts.

Several politicians have come under fire after their academic qualifications were questioned by the public. 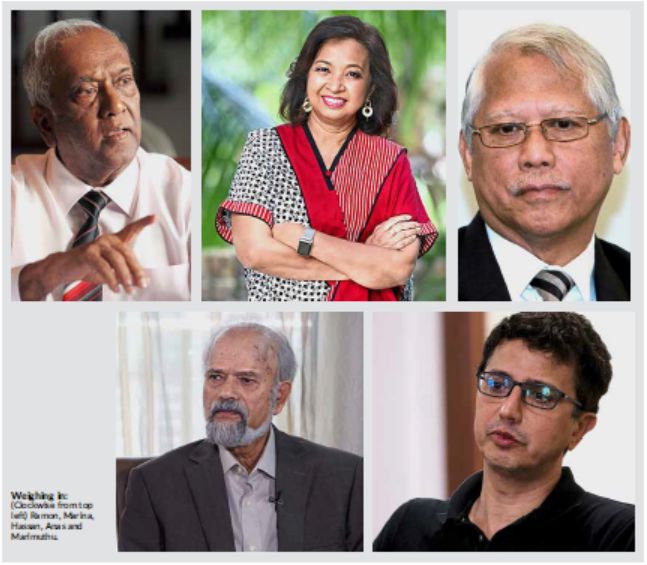 Former UiTM vice-chancellor Emeritus Prof Datuk Dr Hassan Said said in other countries, leaders would have been asked to resign or they would voluntarily quit if they were found using dubious credentials.

“Honesty and integrity values are more important to those who are dealing with public trust and responsibility.

“The nation will collapse if its leaders are not honest or have integrity,” he said.

Educationist Prof Tan Sri Dr T. Marimuthu said politicians must come clean about their academic credentials as they are serving the public.

“Otherwise, how else can you serve the people?

“If you ask someone to write your thesis for you or use dubious ways to earn your credentials, you are just being dishonest to yourself and the public,” he said.

Moderation advocate Anas Zubedy concurred, saying that there should be no compromise when it comes to leadership and integrity.

“No matter how brilliant, knowledgeable or successful you are, a lack of integrity disqualifies any and all talent for any leadership position. We must check their track record for any propensity to lie, practise double standards, or to say one thing and do the other.

“New Malaysia must not compromise on integrity,” he said.

Writer and social activist Datin Paduka Marina Mahathir said it was better to own up in not possessing a degree than to pretend to have one.

“No, it’s not a crime nor is it essential to serve in the government but it’s a matter of trust. If you can misrepresent this, what else can you misrepresent?” she asked.

G25 group of eminent Malays said it is best to be honest about one’s academic credentials so that doubts are not raised on their integrity.

“A politician who lies about his personal details to win an election or get a ministerial position will raise doubts about his integrity. He will also create a bad image for the government and the country,” it said in a statement.

Najib asked whether it was the national news agency Bernama or officers of the ministers that had misrepresented the academic credentials of Pakatan Harapan ministers.

“But what is more strange is that the false news that the ministers were graduates came from the biodata published from Bernama in its infographics and was spread when they were appointed as ministers about nine months ago.

“As far as I know, normally Bernama would request the biodata from the special aides or the press secretaries of ministers when they are appointed to be published in its reports,” he said on Facebook.