Job well done: Lee (fourth from left ) looking at a certificate Azman is holding. With them are representatives from PLUS.

SUBANG JAYA: There has been a 75% drop in highway maintenance workers fatalities due to roadworks last year as compared to 2017, says Datuk Azman Ismail.

The PLUS Malaysia Berhad (PLUS) managing director said the drop in fatalities came about after PLUS adopted the Basic Induction Safety Course by the National Institute of Occupational Safety and Health (NIOSH) for its workers and contractors in 2017.

Those who attend the course –which places importance on safety aspects of highway maintenance and operation – will receive the Expressway Operation Safety Passport (EOSP) which is valid for three years, said Azman.

"The true impact of the PLUS EOSP programme is not only seen by the number of workers and contractors who have undergone the course.

"But also (can be seen) from the 75% drop in fatalities for highway maintenance workers and road users involved in accidents due to roadworks," he said.

He was speaking at the ceremony to recognise the PLUS' achievement in implementing the EOSP for its workers and contractors at Persada PLUS here yesterday.

Since the course was introduced for PLUS' workers and contractors, 11,650 individuals have undergone the course and have received their EOSP, he said.

He added PLUS was the first highway concessionaire in the country to introduce the EOSP to its workers and contractors.

"Our aspiration at PLUS is to become a highway concessionaire that gives the best service and safety to all Malaysians and our workers and contractors," he added.

NIOSH chairman Tan Sri Lee Lam Thye said that the partnership between the PLUS and the institute was a milestone for the cooperation between the private sector and a government agency in promoting occupational safety and health in the country.

"We look at this initiative and approach by PLUS as a positive and proactive step, and it is a holistic approach (to occupational safety and health).

"From a national perspective, this awareness towards safety and health for workers can lead to a decrease in industrial accidents among workers," said Lee.

He hoped other local highway concessionaires would also follow PLUS' example. 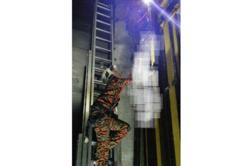 Maintenance worker crushed by lift on the job PLUS postpones implementation of RFID lanes at its highways 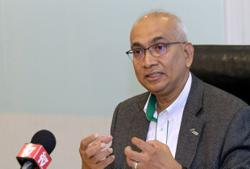 Over one million vehicles expected to ply highways over Raya period, says PLUS