SMJK Sam Tet principal Teh Eow Kok said the objective of the programme was to educate the students and teachers about Chinese culture. 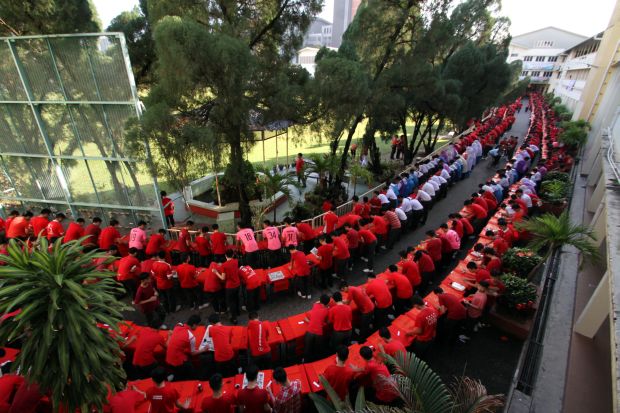 “By writing the calligraphy together, students will learn how to work together and they will also get the chance to showcase their talent in writing the Zhuan Shu Hui Chun calligraphy,” said Teh at a press conference held at the school on Friday (Feb 1).

The Zhuan Shui Hui Chun calligraphy was first used as the official written language during the Qin Dynasty in the spring and autumn war.

In 2014, the school entered MBOR for the longest Fai Chun or Chinese calligraphy. The record was a 2.105km-long calligraphy written by 1,000 students and teachers who spent four days to complete the project