“It’s not a matter of who will benefit from this.

“The greater picture here is to stop piracy. It’s not that the streaming box is not good but the content passing through it is illegal.

“There is a misconception by consumers who think that whatever they pay to the sellers of these boxes actually go to content owners. It actually goes directly to the manufacturer of the hardware and the distributor,” she said.

Lam added that the cost paid by consumers for the boxes, usually a few hundred ringgit, does not reach the content or intellectual property (IP) owners.

While the streaming boxes may be Sirim-certified as far as hardware is concerned, the illegitimate content that was brought to consumers is not regulated.

She said there is a real need for consumers to be informed and for them to understand why piracy needs to be stopped, so that the industry can be sustained, along with the creativity and production of good content.

Lam suggested that the sale of media streaming boxes be regulated.

Movie streaming boxes, or Android boxes as it is commonly known, are widely sold in shopping malls and online shopping websites.

Consumers will usually make a RM500 one-off payment for the box where they are promised various content, even the latest movies and dramas which are updated from time to time.

“They are openly selling these boxes everywhere. Dramas, movies and even global brands are in it. Obviously, there wasn’t any approval given on the rights,” Lam said.

She also warned of personal and consumer data that might be illegally obtained by these illegitimate service providers.

Lam added that while she realised that things cannot be changed overnight, she would remain optimistic that the authorities, industry players and the media would help consumers see the extent of damage that piracy would cause.

When asked if Malaysia would consider following suit in banning the media streaming boxes, the Malaysian Communications and Multimedia Commission (MCMC) chairman Ishsal Ishak said the sale and ownership of set-top boxes with services that allow consumers to access pirated content is illegal in Malaysia and it was exploring regulatory intervention on the boxes.

“There are two ways of looking at it. MCMC is looking at the technical aspect of the boxes, for which they need to get Sirim approvals.

“With regard to the content, if there are elements of copyright infringement that would fall under the Copyright Act,” he told reporters at the MCMC office yesterday.

Astro CEO-designate Henry Tan said the news that Singapore has put in place more stringent measures against piracy was welcomed.

He said anti-piracy activities coupled with enforcement action and consumer education was the way to effectively tackle the issue.

He estimated that piracy has led to a revenue loss of RM2.3bil to the Malaysian economy and RM330mil tax loss to the government yearly on average.

An iflix spokesman also said the company welcomes any efforts intended to curb piracy and such moves would help nurture the creative industry.

“These moves will bolster an industry and ecosystem that fosters creativity and innovation, generates jobs in creative fields, and provides legal platforms for content creators, producers and entertainers to showcase their talent,” said the spokesman. 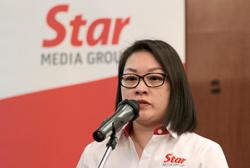