Schooling till Form 5 to be made mandatory 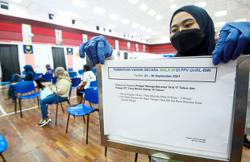 KULAI: The government is currently reviewing the Education Act to make it mandatory for students to complete schooling from Year One till Form Five.

Deputy Education Minister Teo Nie Ching said parents who failed to send their children to school could face a fine of up to RM5,000 or six months imprisonment.

She said at present, the Education Act only required pupils to complete schooling until Year Six.

“Currently, more than 98% of children are schooling (in primary schools) but our target is 100%,” she told reporters after the launch of the national-level Ziarah Cakna programme at the Kulai District Education Office here.

Teo said the programme was a continuation of the No Child Left Behind initiative which began in July 2018, aimed at identifying the problems faced by families who could not send their children to school.

“Perhaps this way (by having the Ziarah Cakna programme) we can meet the parents and understand their problems.

“Parents who do not enrol their children to school at age seven can have action taken against them by the government, but I think this way, teachers and local leaders can draw up an action plan for them after a personal visit,” said Teo.

She added that her ministry could also help these parents obtain financial assistance.

However, Teo said there were also irresponsible parents who did not think about the future of their children.

Meanwhile, she said the government did not intend to reintroduce the class streaming system for children entering Year One, saying it was too early to label children according to their aptitude at seven.

“We want to give equal opportunities to our children,” she said adding that in Finland, which has one of the best education systems in the world did away with streaming as it was discriminatory.

It was reported in The Star that the government’s move to do away with streaming has not gone down well with parents and teachers, who seem to prefer their schools revert to the streaming method.

Many parents have voiced their concern to Parent-Teacher Asso­ciations, asking for streaming to be reinstated and also for school-based examinations to be held for Year One to Three pupils.

“I think this is what we should learn because we want to prevent the situation where the students are labelled from the very beginning,” she said. 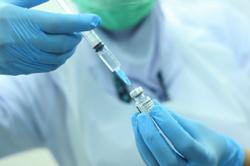