Terengganu is the best place to buy gold jewellery

TERENGGANU has apparently be­­come the go-to place for gold jewellery due to the cheaper price in the state, Sinar Harian reported.

The daily said that while the price of gold had generally gone down since late last year, the price in Terengganu was about 10% to 20% lower than other places.

Khairuazura, who has been selling gold at Pasar Besar Kedai Payang market in Kuala Terengganu since 1994, said her customers included those from Kuala Lumpur, Melaka and Johor.

“Many of them would order custom-made jewellery,” she said.

One of the most popular designs at the moment was called koko sajat, said Khairuazura, 50.

> Harian Metro reported that the price of durian in Segamat, Johor, has fallen due to lower demand from Singaporeans.

Durian wholesaler Samsuri Ahmad, 53, said prices had dropped to as low as only one-third the usual rate.

“It’s not due to extra harvest but there has been low demand from Singapo­rean wholesalers,” he said.

Samsuri believed that most of the consumers in Singapore could be focusing on preparations for Chinese New Year instead.

“Traders in Singapore are stocking on oranges rather than durians,” he added.

He said that the Musang King durian, which would usually retail at RM60 to RM80 a kilogram, was now selling at RM35 a kilogram.

> Actress Nabila Huda said she wanted to focus more on theatre instead of films or TV shows, Kosmo! reported. Nabila (pic), who is the daughter of singer Amy Search, said stage performances gave her a different rush compared with acting in a film or TV series.

“Maybe it’s because the energy on the stage is different. I find that I am now more interested in acting in a theatrical production,” said Nabila, 34.

“I don’t mind the long hours rehearsing for a theatre production, as I find it enjoyable.

“Of course it is more tiring, but it gives me more satisfaction,” she said.

However, she said that she would still be appearing in movies or TV series although her focus would be more on theatre. 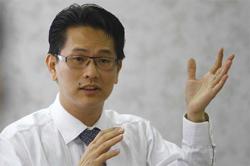 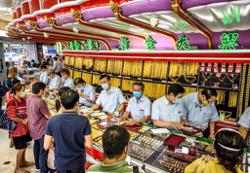