However, the public perception of crime did not improve.

The Inspector-General of Police said all 14 state police contingents showed similar findings in 2018 compared to 2017.

"I believe this is due to the excellent work in terms of crime-busting and crime prevention led by the Bukit Aman Crime Prevention and Community Safety Department (JPJKK) and the CID respectively.

"Constant engagement with the public is key towards lowering the crime rate nationwide," he told a press conference after attending the Bukit Aman monthly assembly on Wednesday (Jan 16).

"We hope we can reach at least 1.5 million VSP users this year," Mohamad Fuzi said.

The VSP app allows smartphone users in the country to send real-time photos or videos of criminal acts, accidents and natural disasters.

The JPJKK's Motorcycle Patrol Unit (URB) and the Mobile Patrol Vehicle (MPV) have also been exemplary in their service in safeguarding the public's safety, he added.

"The URB performed more than a million checks on individuals and vehicles and arrested 2,671 people for multiple offences last year.

"They also issued 174,432 summonses, and I believe the unit will continue to improve this year," he said, adding that the unit also performed 290,353 "stop and talk" (engagement with public) actions last year.

As for the MPV, the unit made 2,033 arrests based on more than two million checks, he said, adding that since the public's perception of crime had not improved, this was an area that must be worked on.

"I have instructed the Bukit Aman Research and Development unit and the JPJKK to work together with an independent body to analyse why the perception of crime has not gone down," he said.

Mohamad Fuzi also expressed his gratitude to NGOs and private entities, which had supported the police in various crime prevention engagement with the public. 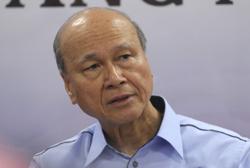 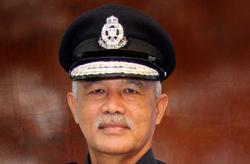