Rise of Tengku Abdullah as sixth Sultan of Pahang 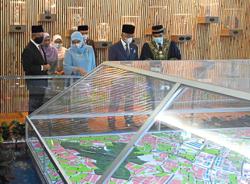 PEKAN: A new chapter in Pahang’s history opens on Tuesday when Tengku Abdullah ascends as the sixth Sultan of Pahang in the modern era.

Tengku Muda Pahang Tengku Abdul Rahman is confident that his brother will be a just and wise Ruler after receiving guidance from their father, Sultan Ahmad Shah, throughout the years.

“I believe Tengku Abdullah will not be less than our father. He has received ample guidance from the Sultan during his time as Regent.

“The Ruler and the people are never apart. That is the practice of our father and he always reminded my brother and me that the people’s welfare and interest is above all,” Tengku Abdul Rahman told a special press conference held at Istana Abu Bakar here yesterday.

The proclamation ceremony will be held at the same palace in Pekan, the traditional seat of Pahang sultans.

Tengku Abdullah’s accession to the throne of Pahang came by way of Sultan Ahmad Shah’s abdication after an amendment was made to the state constitution.

The amendment empowered the state’s royal council to conduct the move due to Sultan Ahmad Shah’s ill health.

“It is with sadness and a heavy heart that my family and I accept the reality that my father can no longer shoulder the duties and responsibilities of that as a Ruler.

“Realising this, my family and I have proposed to the royal council that our brother, the Regent, be appointed as my father’s successor, as the sixth Sultan of Pahang.” 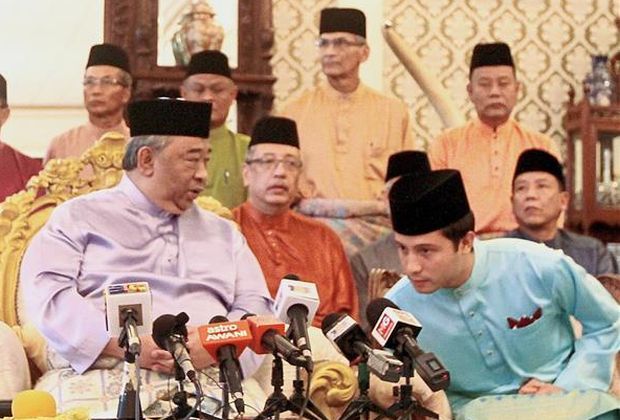 Tengku Abdul Rahman said when the amendment was made, Tengku Abdullah had stepped out of the royal council meeting which was held in Kuala Lumpur on Friday.

“I chaired the meeting afterwards. The Mentri Besar and I later informed Tengku Abdullah of the council’s decision and asked for his assent to be proclaimed as the Sultan of Pahang.

Previously, a Pahang Ruler could only abdicate of his own free will.

“This is fitting for Paduka Tuanku is a father figure to the people of Pahang. Nothing else is closer to his heart than the people,” said Tengku Abdul Rahman.

Asked whether this meant Tengku Abdullah would become the Yang di-Pertuan Agong, Tengku Abdul Rahman said that was “beyond the powers of the state”.

Asked if a special state holiday would be declared to mark the proclamation, he said with a smile that the suggestion would be forwarded to the state secretary.

Tengku Abdul Rahman also asked for the people to pray for Sultan Ahmad Shah’s health to enable him to attend the ceremony.

Royal with a cool head