This is the angle investigators will be looking at as they pursue the controversial deal, which was awarded before the 14th General Election.

Sources familiar with the case said the top official is believed to have used his position to propose that the company, which was owned by his acquaintance, was appointed directly for a lucrative project.

The RM99mil contract was for the company to act as a go-between for Tourism Malaysia and a China-based firm to promote Malaysia via a digital advertising campaign for a duration of 24 months.

“We believe that he (Siew) used his position to directly award the contract to a person whom he is closely associated with,” a source said.

The contract was said to be approved in just a day and did not follow Tourism Mal­aysia’s procurement regulations.

The source also said a list of people would be called by the Malaysian Anti-Corruption Commission (MACC) to give their statement regarding the case.

However, the source was tight-lipped when asked if former Tourism Ministry director-general Datuk Seri Mirza Mohammad Taiyab would be among those to be called to aid investigations.

Mirza was the director-general when the contract was awarded in April last year to the company, which was founded by Elizabeth Ken Tze Ying, 32. 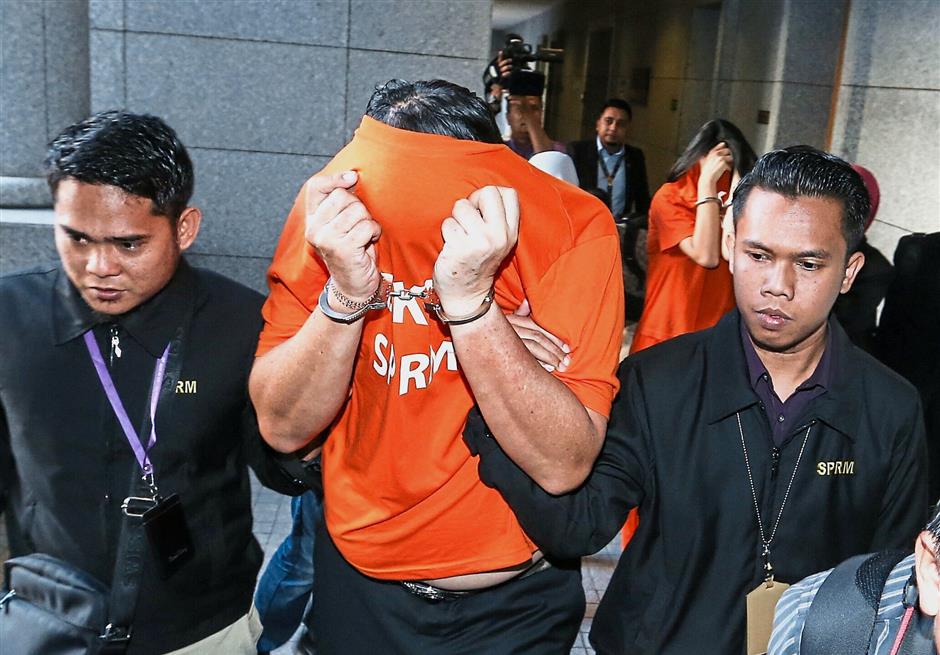 Walk of shame: Siew covering his face after being remanded at the magistrate’s court in Putrajaya.

Siew and Ken are currently in MACC custody for four days after a remand order was obtained yesterday.

Magistrate Irza Zulaika Rohanuddin allowed the two to be remanded by MACC until Jan 12 to facilitate investigations.

The two are being investigated under Section 23 of the MACC Act for abuse of power.

Clad in the orange MACC lock-up garb, the two covered their faces as MACC officials escorted them at the Putrajaya court complex yesterday morning.

Investigators arrested the 64-year-old Siew, who is also a prominent businessman and Ancom Bhd executive chairman, at 5.50pm on Tuesday after he presented himself at the MACC headquarters for questioning.

The 32-year-old CEO was arrested slightly earlier at 5.20pm.

It was reported in June last year that MACC had “visited” the Tourism, Arts and Culture Ministry after former Tourism Malaysia chairman Wee Choo Keong called on authorities to look into the awarding of the controversial contract.

Wee dubbed the contract a “Speedy Gon­zales” deal, as it was allegedly signed within a day.

He said he had evidence of wrongdoing to back his claims.

In a statement, Ancom Bhd said it had convened an emergency board meeting yesterday afternoon to assess the implications of Siew’s arrest on the group’s operations, its shareholders and stakeholders, and to determine a possible course of action.