Childcare centres to hike fees in 2019

PETALING JAYA: Taska (childcare centres) are expected to charge between 10% and 30% more next year to keep up with the minimum wage and to cover costs.

Association of Registered Childcare Pro­viders Malaysia president Norsheila Abdullah said this is unavoidable as the minimum wage for childcare providers has been fixed at RM1,100 and that they are increasingly becoming more qualified.

She expects the fee hike to affect all states as the minimum wage has been streamlined to RM1,100 nationwide starting Jan 1.

“I think the price increase is appropriate because they are receiving very low salary, between RM800 and RM900, and they deserve the minimum wage.

“Besides the minimum wage, other reasons for the increase include hidden costs such as childcare providers’ qualifications and overhead costs such as rental, electricity and water bills.

“Childcare providers are now required to have at least a diploma in early education and to be certified with the Permata Early Childhood Education Programme (KAP), a government-run course that costs RM900, and first aid training,” she said.

Currently in Kuala Lumpur, the fee per child in taska is typically no less than RM450 per month, said Norsheila.

The increase of taska fees would however vary according to the operating costs in the particular location, said Norsheila.

It is likely that only centres charging lower fees will increase them by 30%.

“How much the increase will be depends on the taska. If they are charging between RM200 and RM250, then maybe they will increase by 30% because they need to keep up,” she said.

Norsheila suggests that parents sending children to registered centres be given rebates by the government and taska which adhere to all the regulations be allowed tax exemption.

“We don’t actually want to increase the price without any reason. Most of the childcare providers have either a diploma or a degree and sometimes work more than 10 hours per day but they are lowly paid. So we hope the parents will understand and not be angry with us.

“If childcare providers are paid accordingly, they will take care of the children well and both parties will be satisfied,” she said.

While there are over 1,500 taska in Selangor, Mahanom gave assurance that there would be no standardisation of fees among the operators because they are still bound by the Competition Act 2010.

She said the Selangor state government has been assisting parents in need via incentives such as the Sikembar programme, whereby they subsidise RM100 for every child sent to a taska registered under the Community Welfare Department.

Mahanom added that there are also alternatives to the fee increase.

“Currently, I know of some taska operators who don’t want to charge the parents too much so they work out a compromise whereby the parents, as partners in education, would contribute items like rice and vegetables monthly to the taska so that it takes away a bit of the operating cost burden,” she said. 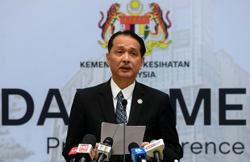