Miti: Govt’s move to fight graft is paying off

KUALA LUMPUR: The government’s efforts to combat corruption is bearing fruit, with an increase seen in foreign direct investments (FDIs).

International Trade and Industry Ministry secretary-general Datuk Isham Ishak, who disclosed this, said the Pakatan Harapan government’s emphasis on good governance and anti-graft had led to increased confidence in Malaysia.

He said that during a recent trip to Europe, he learned that Malaysia was being looked up to because of its efforts to combat corruption and set up good governance in both the public and private sectors.

“Yes, we have seen more FDIs coming in because of this. Other countries are more confident about doing business with Malaysia now due to our measures to combat corruption,” he told The Star after the launch of the inaugural Export Excellence Awards 2019 here yesterday.

Star Media Group announced its partnership with Standard Chartered to recognise leading Malaysian exporters through the awards, with a total of 46 companies to be honoured across seven award categories.

While FDI dropped to RM41bil last year compared with RM47bil in 2016, Isham said the ministry expected FDI to increase significantly this year, possibly higher than the 2016 figure.

He said the ministry believed that Malaysian exports were also benefiting from the country’s anti-corruption drive.

“We can’t quantify the impact yet but we should be able to analyse it much better about a year from now.

“However, it definitely had an impact in terms of the image of Malaysia’s produced goods and services.

“The fact that a product is sourced from a country which takes pride in its integrity and good governance has ‘added value’ to it,” he said.

Isham said Malaysia had seen a “big increase” in total trade between January and August.

“We initially expected a decline, but there is a very positive increase instead,” he said.

See StarBiz for more information on the Export Excellence Awards 2019

UN: Foreign direct investments to plunge 40 per cent this year 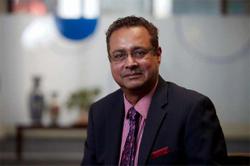