Poor system: Rain water is collected for daily use at an informal settlement in Sandakan where access to water and sanitation is lacking. – Courtesy of Leo Heller

WATER. The most basic necessity that most people take for granted because it is readily available by just a turn of the tap.

But for some groups in Malaysia, safe drinking water and sanitation is not accessible.

United Nations Special Rapporteur on the human rights to safe drinking water and sanitation Léo Heller has commended Malaysia for its impressive achievement in this area but urges the government to address the lack of access for several groups of people. They are the indigenous people, those affected by mega projects, populations living in informal settlements, refugees and asylum seekers, transgender and gender non-conforming persons, and Sabahans and Sarawakians.

The World Health Organistion/Unicef Joint Monitoring Programme report in 2015 – the first monitoring after the adoption of the Sustainable Development Agenda – showed that 92% of the Malaysian population had access to safely managed water services and 82% to safely managed sanitation services. 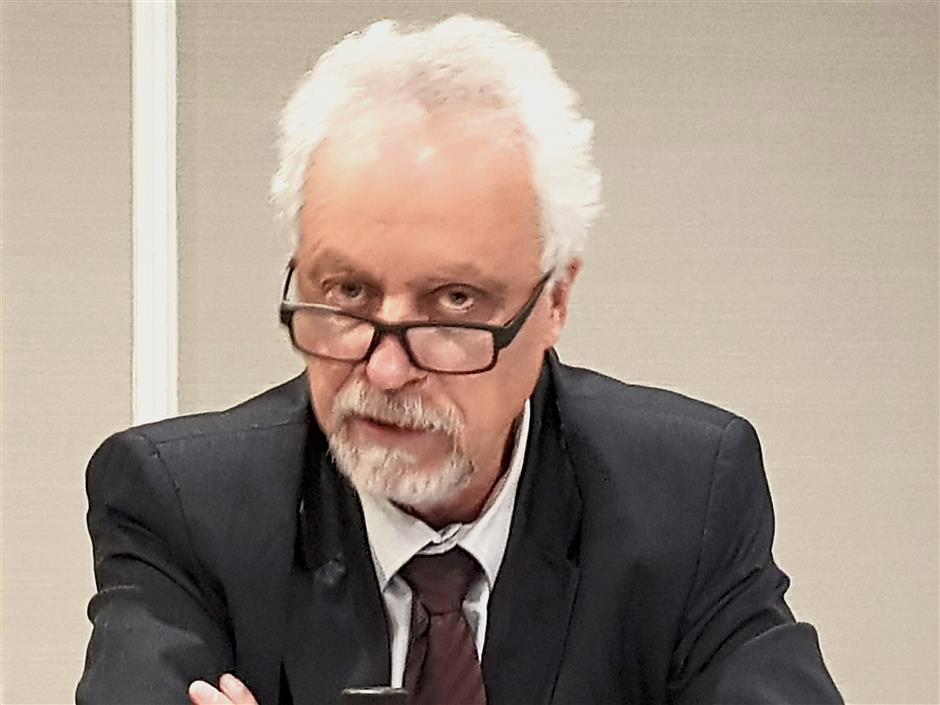 Heller: He will present a report on his Malaysian visit to the UN Human Rights Council in Geneva next year. ember next year.

“In simple terms, most Malaysians have access to a piped and central water supply and an adequate sanitation facility, whether a sewerage connection, a safe septic tank or a latrine,” he says in a press conference on Tuesday at the conclusion of his official visit to Malaysia to assess how the country’s legal, policy and institutional framework ensures access to drinking water and sanitation from a human rights’ perspective.

He will present a comprehensive report on this visit to the UN Human Rights Council in Geneva in September next year.

Heller describes Malaysia’s figures on access to safe drinking water and sanitation as remarkable, even when compared to countries with similar level of development. He also lauds the affordable services and the government subsidies in some states.

However, from a human rights perspective, average figures are not a good measure, he says.

“We need to look at the marginalised and special groups. Usually, they are hidden in the average numbers.”

Malaysia voted in favour of the first UN General Assembly resolution recognising the human right to water and sanitation in 2010. 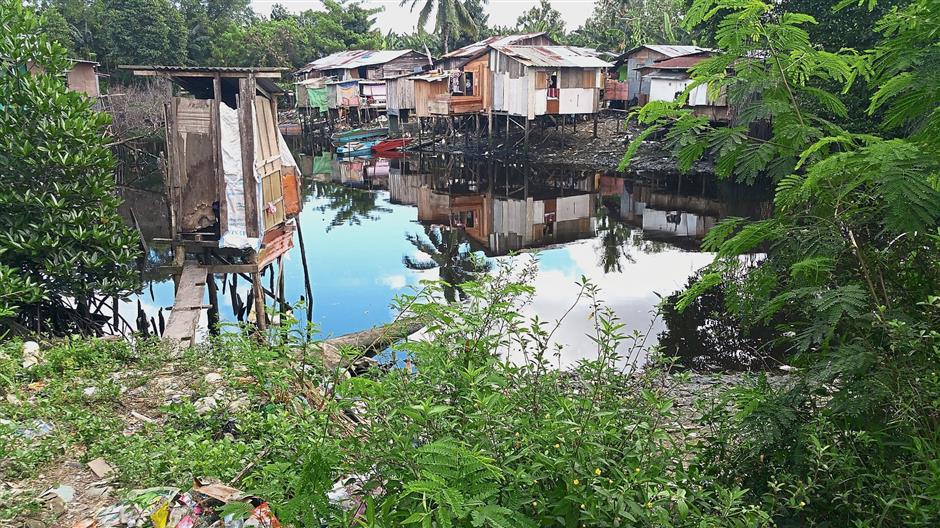 No one should be left behind: The abysmal toilet situation at many informal settlements in the country, like at this alternative learning centre for undocumented children, needs to be addressed.

The Assembly states that “the human right to safe drinking water entitles everyone, without discrimination, to have access to sufficient, safe, acceptable, physically accessible and affordable water for personal and domestic use, and the human right to sanitation entitles everyone, without discrimination, to have physical and affordable access to sanitation, in all spheres of life, that is safe, hygienic, secure, socially and culturally acceptable and that provides privacy and ensures dignity, while reaffirming that both rights are components of the right to an adequate standard of living.”

Heller says that the adoption of a comprehensive approach to implementing the human rights to water and sanitation will guide Malaysia to identify those who are left behind and to reach the government’s commitments.

Everyone is entitled to equal access to drinking water and sanitation and individuals should not be discriminated based on “race, colour, sex, language, religion, political or other opinion, national or social origin, property, birth or other status”, he says, referring to Article 2 of the Universal Declaration of Human Rights.

Among the groups who have been left out on access to water and sanitation is the orang asli community, Heller notes.

During his two-day visit to seven Temiar orang asli villages in Gua Musang, Kelantan, Heller met those who have been resettled and regrouped after being displaced by flooding and mega-projects such as logging, palm oil and rubber plantation, and dam construction.

“It was explained to me that for orang asli, losing their traditional lands means the destruction of their way of life, including the possibility to transmit rituals, beliefs, knowledge and practices. 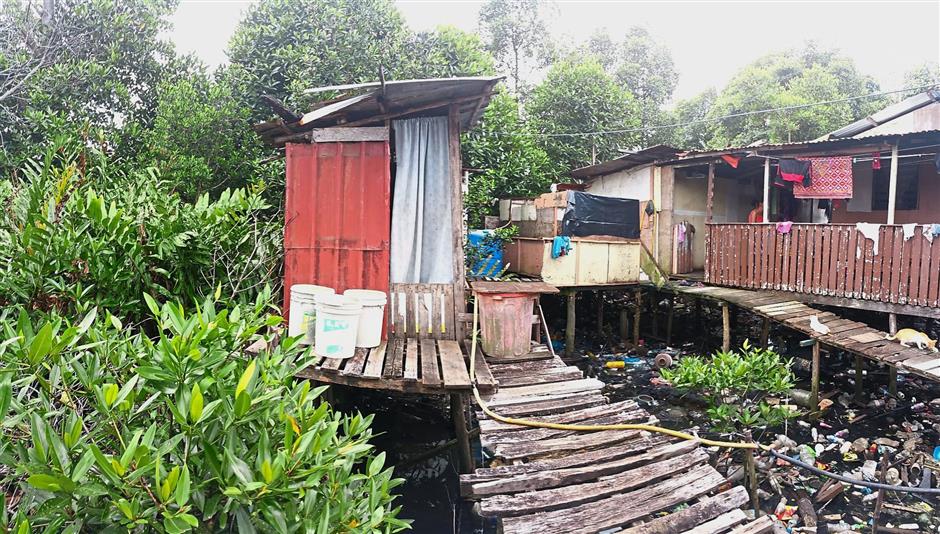 Better infrastructure needed: An outhouse in a coastal village in Sandakan that is built over a river near the house.

According to the Rural Development Ministry, since the Second Malaysia Plan in 1971, about 701 (82%) of the 853 orang asli settlements nationwide have been provided with water supply.

However, several water treatment facilities are not working, says Heller, adding that the facilities are too sophisticated for the orang asli to maintain without adequate training. In Gua Musang, some of the facilities were abandoned because the contract with the company that set up the facilities had been terminated or interrupted.

“I saw new plants which seem good but not operating. I also saw old plants which had been abandoned and vandalised after operating for a few months. Due to this, the orang asli have to rely on water collected directly from rivers and streams, transported in bottles, supplied by gravity-fed water systems with low sustainability, or in systems connected to the central grid with scarce water availability,” he says.

With no access to clean water, Heller says several toilets built inside brick houses and communal toilets in the villages are non-functional. One indigenous person had told him, “Tanpa air, mana boleh kita guna tandas?” (Without water, how can we use the toilet?)

It is not enough for the Department for Orang Asli Development (Jakoa) to implement the water system without ensuring that it functions properly, he says.

“I hope to see more resources allocated to upgrade and maintain the water infrastructure of the orang asli villages, so that the communities are no longer marginalised,” he adds, stressing that the community should also be given the opportunity in key decision making.

A majority of the indigenous people’s land are not officially protected and often encroached upon – with land being cleared for logging, mining and plantation, resulting in their water sources being polluted.

“In several villages, people are still relying on rivers and use rivers for washing and bathing,” he says.

“When there are impacts on the catchment areas, the access to clean water and sanitation are affected.”

The government has the responsibility to provide clean water to the people, he stresses.

“If the government allows the area to be affected, they are not performing as required.

“It needs to provide ownership of the land (for the orang asli) or it should not authorise those activities in order to protect the water sources.”

He also urges the government to develop careful comparative studies examining different technical options to ensure water security for all before implementing any megaprojects.

“The analysis, as well as the final decision, must be carried out together with the communities involved – both those impacted and those who benefit from each solution,” he says, adding that development project should not move ahead without the free, prior and informed consent of the affected indigenous peoples.

He points to the proposed Kaiduam Dam which will impact Timpayasa and the surrounding villages of Penampang in Sabah – if the project goes ahead, four villages will be submerged and another five will have to be relocated. The villagers also worry that they would lose government support for their basic needs.

After the construction of dams, careful monitoring of the livelihood – particularly access to water and sanitation of the population displaced as well as those remaining – is required, he adds, citing the example of the Bakun hydro-electric dam.

Its construction in 1998 led to the resettlement of some 10,000 people in 15 different villages. They were promised some land, free housing and other support to sustain their livelihood, but after almost two decades, many, especially those who were moved to Sungai Asap still do not even have proper access to safe water while having problems getting good quality self-supplied water.

“There are human rights concerns related to water and sanitation at various stages of the megaprojects such as large-scale dams, from its planning, approval, construction, as well as to both short-term and long-term operation.

“I urge the Government to carry out human rights impacts assessment at each stage, with meaningful participation of those affected and in a transparent manner, facilitating easy access to information,” he says.

Other major projects that have affected safe drinking water are logging projects, massive palm oil plantations and palm oil processing, and other agribusiness with systematic use of pesticides and fertilisers.

“I will submit a report focused on the impact of megaprojects on the human rights to safe drinking water and sanitation to the UN General Assembly in 2019,” he says. 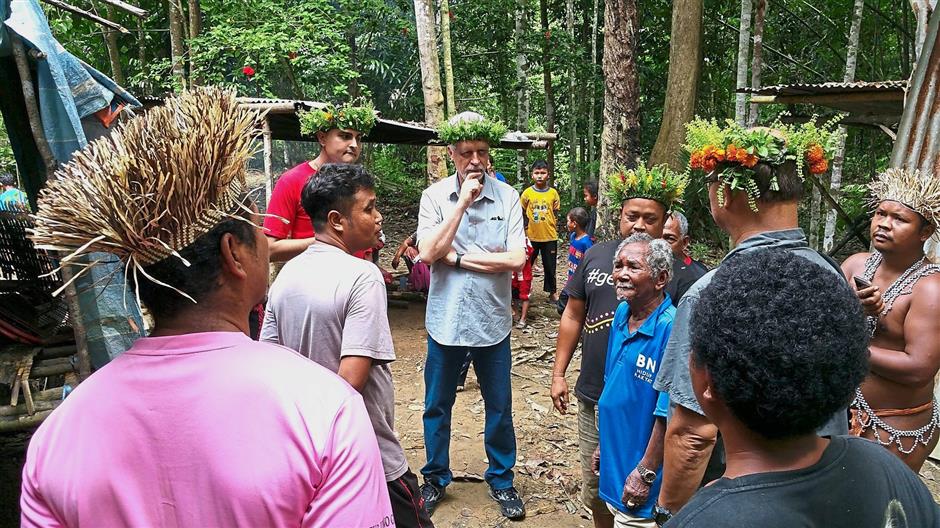 Getting it from the source: Heller (middle) in Gua Musang, learning from the orang asli about the way they live, including their water woes and sanitation problems.

The other groups mentioned in the report who do not have adequate access to water and sanitation are population living in informal settlements, refugees and asylum seekers, transgenders and gender non-conforming persons, while Sabahans and Sarawakians lagged behind the Peninsular Malaysians.

Says Heller, informal settlements could be occupied by Malaysians, stateless, undocumented population or others with irregular status.

In Sandakan, for instance, groups in informal settlements rely on self-provided water from rivers, the factories or gravity-fed from a near hill. In some coastal villages, the access to water is non-existent and some residents had to travel by boat to another village in order to collect water.

In one village, about 900 households of a village have discontinuous water supply, and they get their water supply from unregulated informal water providers who set up their own system from the mountains and charge the service.

Non-citizen children collect water from water fountains (boreholes) or the neighbour each morning or sometimes after school.

There is a need for a targeted policy for the proper inclusion of indigenous people in the access to water and sanitation services while refugees, asylum-seekers, undocumented population and those in irregular situations must be entitled to receive the same level of services as citizens of Malaysia, he says.

“I strongly recommend the Government to create a coordination body at the federal level to assess the best legal, political and budgetary strategies that include undocumented, stateless populations and those in irregular situations to provide access to adequate public services of water and sanitation.

Heller also says that there is a need for data keeping by the government on the disparities in the access to adequate services by specific groups, such as indigenous versus non-indigenous, different religions, ethnicities, regions and wealth levels.

“We cannot have adequate policies for what we do not know,” he says.