The soul of a global city

Open feedback: Seoulites are welcomed to share their thoughts, feelings and aspirations for the capital with the Seoul City Hall. – Photos by MENG YEW CHOONG

SOUTH KOREA is famous for many things, and we are not referring to fermented cabbage, pop entertainers, or even its widely acclaimed drama series.

To many city planners and urbanists, its capital city, Seoul, holds many lessons for those intending to create wholesome, healthy and inviting urban environments.

Seoul’s rise from the ashes of the Korean War that raged from June 1950 to July 1953 – in an event that saw the city changing hands four times – is truly remarkable. From a virtually flattened city, the early city administrators quickly rebuilt the place to the extend that Seoul became synonymous with speedy reconstruction and modernisation.

Industrialisation in the 1960s and 1970s allowed rapid economic growth that considerably raised living standards of residents in the city. In 1963, Seoul also grew in size by incorporating a number of towns and villages from several surrounding counties.

The construction boom of the 1980s saw many high-rise office buildings and apartments populating the city. And just as quickly, pollution and traffic jams became major issues as more people poured into the capital in search of better opportunities. The Seoul metropolitan area soon became the third largest in the world in terms of population, making it a very crowded place. 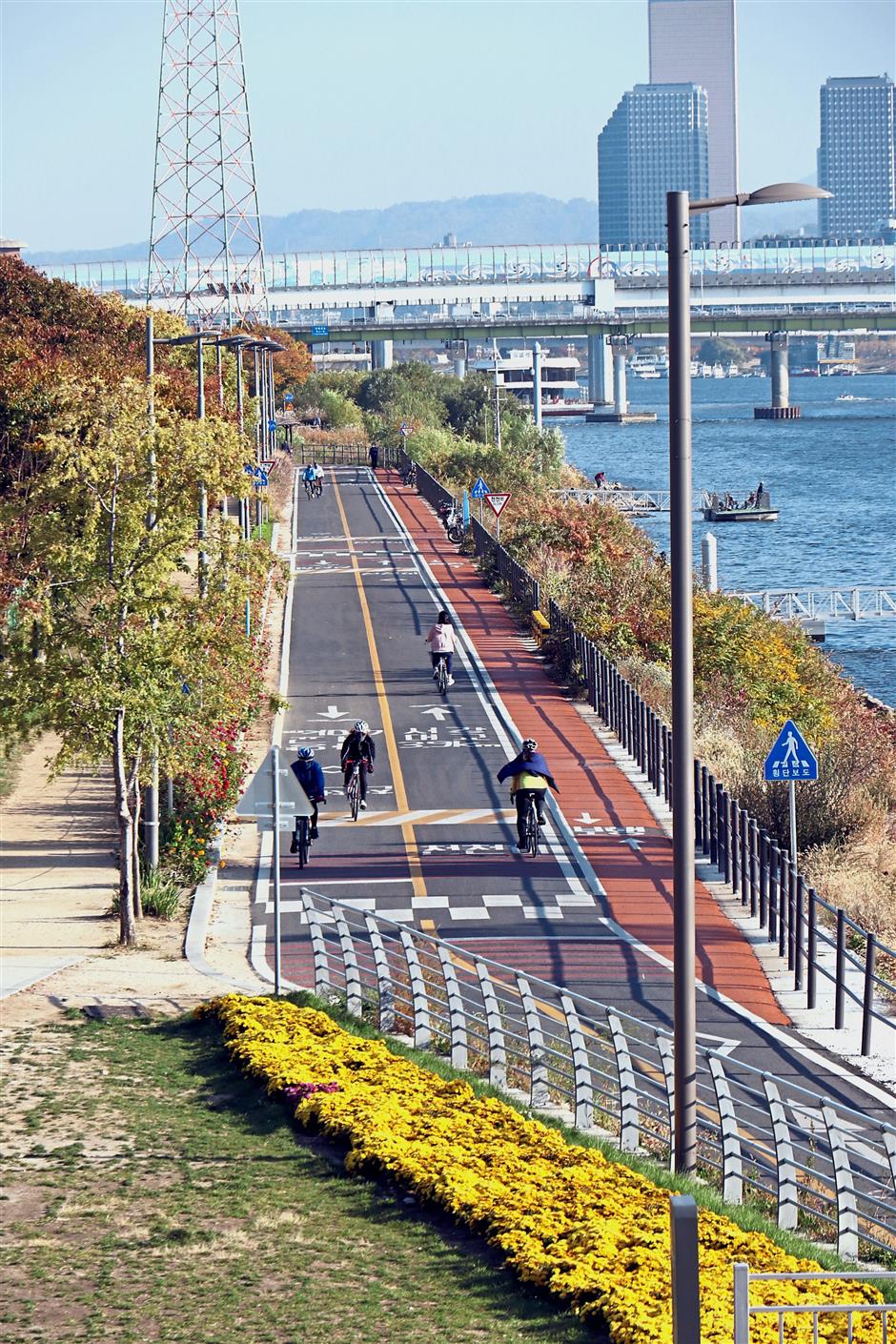 Today, the Seoul metropolitan area is home to 20% of the South Korean population, and ranks seventh in the world in terms of the number of Fortune 500 transnational companies with headquarters there.

Soft power wise, Seoul managed to be the host city of the 1988 Summer Olympics, as well as a joint-venue of the 2002 FIFA World Cup (co-hosted with Japan).

Psy gave the world Gangnam Style in 2012, after millions of non-Koreans were already enthralled by Korean drama series offerings dating back to the turn of the millennium, such as Winter Sonata (2002) and Jewel in the Palace (2003).

So, has Seoul already “arrived”?

The answer depends on who you ask. For sure, Seoul is not perfect, and even its officialdom admits this. However, many urban planners are in awe of how Seoul balances the competing demands for growth, sustainability, and creating a healthy and pleasant environment for all.

Just this year, Seoul beat 28 cities to win the biennial Lee Kuan Yew World City Prize 2018 given by Singapore’s Centre of Liveable Cities and the Urban Redevelopment Authority. Past laureates of this award include Medellin of Colombia (2016), Suzhou of China (2014), Bilbao of Spain (2012) and New York City (2010).

The Lee Kuan Yew World City Prize honours outstanding achievements in the creation of liveable, vibrant and sustainable urban communities around the world. In its citation, the panel of jury for the World City Prize said Seoul is an undisputed role model for “megacities with a will to change”.

Naturally, the jury credited the visionary leadership for the splendid situation that Seoul is now in: “With a leadership that dares to take bold decisions and a government that devises innovative problem-solving methods, the city has successfully turned itself around from a highly bureaucratic top-down city with rising tensions between the government and its people, into the inclusive, socially stable, and highly innovative city found today.” The Seoul Master Plan 2030 is recognised as a remarkable turning point in the city’s planning processes.

“As shown in Seoul’s successful and impactful high-quality projects to repurpose urban infrastructure, the city has proven itself as an excellent example where leadership, commitment to citizen engagement, data-supported problem-solving decisions, and creative designs can transform the built environment, add vibrancy and improve quality of life,” said the World City Prize jury.

The Seoul Master Plan 2030 is recognised as a remarkable turning point in the city’s planning processes.

The organisers of the prize said the city’s transformation came after it became aware that that its relentless pursuit of economic growth over a relatively short period came at the expense of quality of life.

“Seoul overcame this through its election of successive visionary leaders in the 2000s, who demonstrated strong political will to take on these challenges and displayed foresight to implement a series of catalytic projects – such as Dongdaemun Area Regeneration – to shift Seoul’s focus from traditional manufacturing to design,” they said.

The increasing democratisation of the decision-making process extended to Seoul’s citizens as well, in terms of how they wanted their city to become. When the city leaders understood that proper communication was the way to go under the new circumstances, it went on a systematic process to obtain support and buy-in from various stakeholders.

Under the inspiring leadership of Seoul’s fifth elected mayor, Park Won-soon, the city made the bold move to make citizen participation the norm of all plans, and bottom-up processes its primary focus. The city managed to build trust with the citizens, assuring them that engagement is not merely a token gesture, but one that will truly shape and reshape the future of the city.

This rigorous process of obtaining feedback from the people meant that Seoul eventually developed a set of conflict management strategies, accompanied by a dedicated team of negotiators within the Seoul Metropolitan Government. This formula is now standard as the city pursues new development or repurposing projects.These strategies bore much fruit as they were able to persuade or convince many fence sitters or opponents that their aspirations are aligned with the city’s vision. 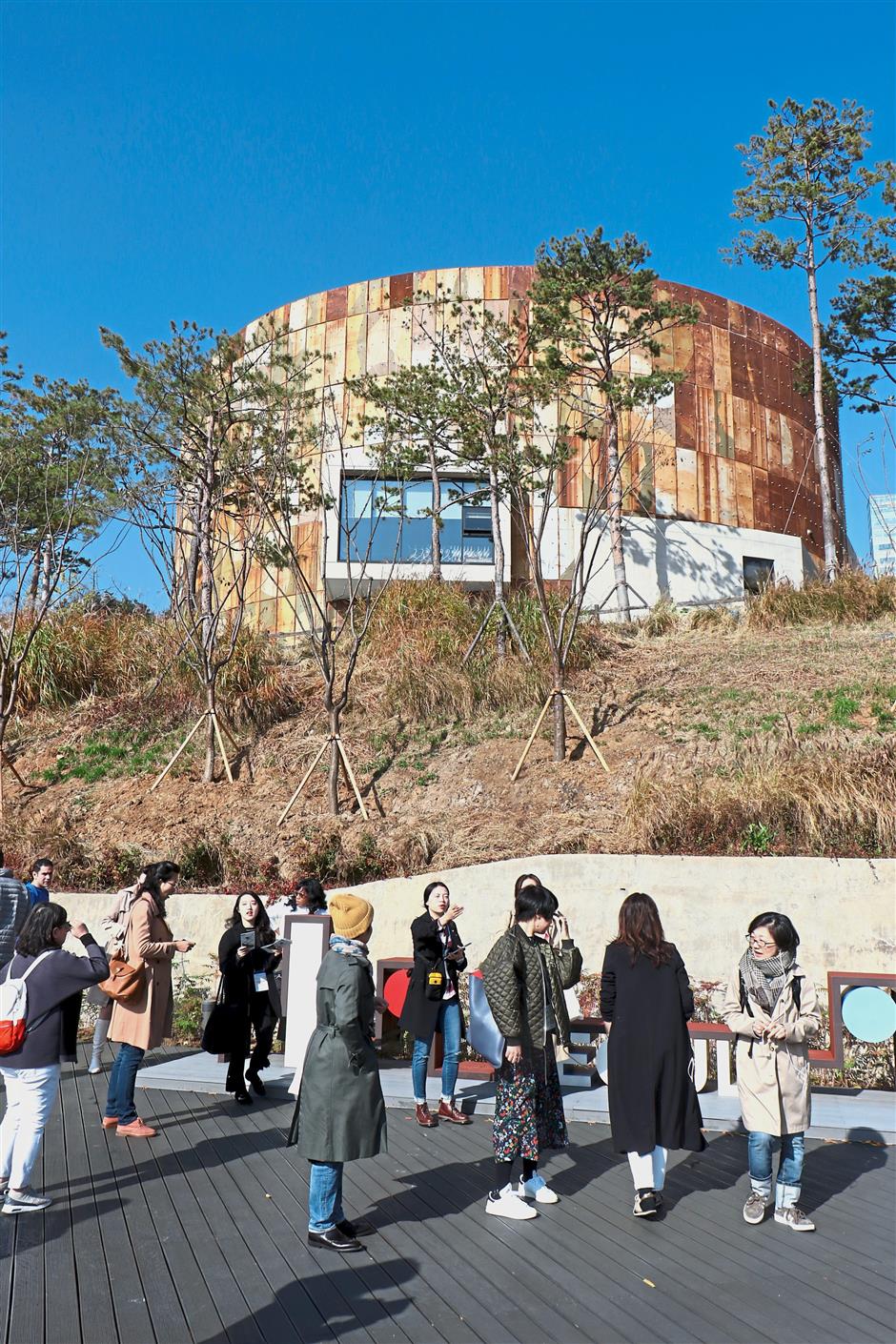 It is noteworthy that Seoul citizens get a say on how the city’s budget is spent, under the city’s Public Participatory Budget System (PBS). Since 2012, the Seoul Metropolitan Government has allocated approximately 50bil won (RM185mil) each year as the PBS budget. From 2012 until 2016, a total of 250 billion won (RM925mil) was reflected in the budget, all of them suggested by and decided upon by the citizens of Seoul.

“As cities become larger and more difficult to manage, achieving social sustainability may be a much bigger challenge than extending economic and environmental sustainability. Should Seoul not have taken the bold and unusual step to make its citizens the creators of their own city plan, it could have further aggravated the already built-up tensions between the people and the government, and orchestrated its own decline.

“By turning the people into active participants of the city’s development, Seoul demonstrated that a truly bottom-up city is possible, where the citizens own their shared city,” the jury said.

Seoul, particularly in its urban core areas, also shifted away from car-oriented transportation to people-centric spaces, a challenge that many cities are struggling with today.

Recognising that the transition from private cars to mass transit is not an overnight task, Seoul authorities drew on big data and a comprehensive set of measures to make public transport as seamless and convenient as possible.

For detractors of metro systems (who like to cite cost as a reason), Seoul has more than 330km of urban rail, with the first metro line opened for passenger service in 1974. Since then, the city has built 22 rapid transit, light metro, commuter rail and people mover lines.

In its reclamation of public spaces effort, most notable is its removal of an elevated highway to restore the former stream at Cheonggyecheon.

Going further to move people out of their cars, a major road in the metropolitan, Yonsei-ro, was transformed into a transit mall – a street or area where private vehicles are prohibited and only public transport (sometimes taxis), pedestrians and bicycles are allowed to use the road.

The Seoul Station Overpass was converted into a one-km long elevated walkway, sending a strong signal that the future of the city is one where people come first, not cars.

Seoul is also highly innovative in its approach to rejuvenate its modern heritage and prevent the deterioration of its urban infrastructure. But this is done through what the city terms as “development without demolition”.

This creative way to “inject vibrancy and a breath of fresh air into its urban environment” is exemplified in the Makercity Sewoon project – a rehabilitation of seven commercial blocks built in the 1970s through the tasteful incorporation of new interventions and uses, as well as the Mapo Culture Depot – where a complex hosting disused oil tanks was converted into a cultural venue and public space.

Thankfully, the East Asian megacity is happy to assist other cities walk down the path of success. In 2015, the Seoul Metropolitan government launched the Seoul Urban Solutions Agency as a way of giving back to the world, recognising that Seoul rose to a world-class city with the development support of the global community.

“By sharing our growth experience, Seoul can provide support in improving urban livelihood for other cities to grow into smart, livable, and sustainable cities, both in the environmental and economical domains,” stated the agency.

Parked under the Seoul Housing & Communities Corporation, a public company fully financed by the Seoul Metropolitan Government, the Urban Solutions Agency brings together the public and private sectors, other than the financial institutions. As a “dedicated entity”, the agency aims at actively supporting to provide urban solutions to challenges that cities face in creating a prosperous and healthy environment.

According to Malaysia’s urban regeneration agency, Think City, Seoul has demonstrated a high level of commitment in showing the way for lesser developed countries that are also undergoing rapid urbanisation.

Hamdan, who oversees regeneration in George Town, Butterworth, Kuala Lumpur, and Johor Baru, is particularly impressed with how the past few generations of leaders and city government evolved from having a bureaucratic, top-down administration style to making space for a more consultative approach.

“Seoul devised innovative solutions to manage rising tensions between the government and its people, to nudge the conversation towards something that is more inclusive, participatory, yet promoting a socially stable and dynamic city by making use of data-driven decision-making processes. This is a great example for the rest of the world, and Malaysia looks forward in learning more from this great city,” he said.

Kuala Lumpur mayor, Datuk Nor Hisham Ahmad Dahlan, also holds Seoul in high esteem, especially following a recent visit there with fellow mayors from all over the world.

“Malaysia used to beat South Korea in football, but they are now far ahead of us. In terms of building great cities, it is not impossible for us arrive at the standards set by Seoul, or even surpass it. If all our stakeholders put their hearts and minds to it, then it could very well be possible,” he said.