PETALING JAYA: Parliament will pass a new resolution that no houses of worship can be built without the consent of the local councils, says Prime Minister Tun Dr Maha­thir Mohamad.

This is to avoid future occurrences of land disputes such as the one which led to the fracas at the Seafield Sri Maha Mariamman Temple in USJ 25 on Monday.

“Temples are being built anywhere on land that does not belong to the temple owner.

“The government will pass a resolution and make it a condition that houses of worship cannot be built without the permission of the local authorities.

“Temples are now being built without regard for the landowner and when the owner wants the land back, there is a problem,” Dr Mahathir said after chairing a Parti Pribumi Bersatu Malaysia meeting here yesterday.

In an immediate response, Petaling Jaya City councillor Derek Fernandes said this new resolution may mean that the Prime Minister, as chairman of the National Physical Planning Council, can now direct that all houses of worship, no matter how small, must be incorporated and recognised on the masterplan of any land.

All mentris besar and chief ministers sit on the council.

Dr Mahathir said the government could not interfere in the court case involving the Seafield temple. 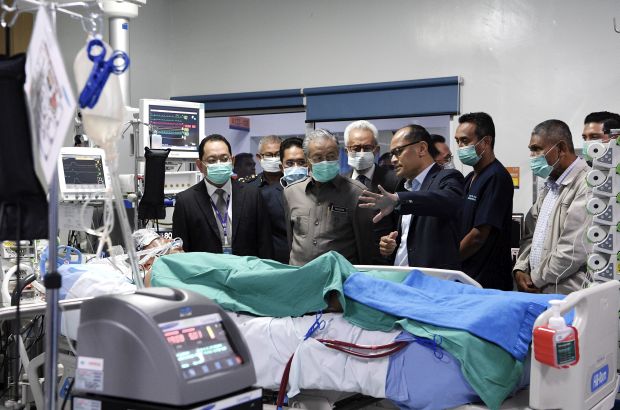 The Prime Minister will also present a motion in the Dewan Rakyat to explain the facts on the Seafield temple fracas today.

He described the alleged attack on fireman Muhammad Adib Mohd Kassim as an “attempted murder”.

He said the rioters did not only want to protest, but wanted to cause harm as well.

“We can demonstrate, but it should be peaceful. This was not a demonstration. This was something to kill people. They came with parang and all (kinds of) weapons.

“You can see that the perpetrators were doing it with the intention to kill.

“Here, the damage was such that a little bit more and he (Muhammad Adib) would have been dead.

“And if he was dead, the charge would be murder,” he said after visiting the injured fireman at the National Heart Institute (IJN) yesterday.

Dr Mahathir said the authorities were working hard to find the culprits who had attacked Muhammad Adib.

He also said the temple committee should have alerted the police when the thugs trespassed the temple grounds.

On Muhammad Adib’s condition, the Prime Minister said the firefighter’s heart, lungs and kidneys were still functioning, thanks to the expertise of the doctors at IJN.