KUALA LUMPUR: Several Pakatan Harapan leaders have called for the police to conduct a full and independent inquiry into Monday's scuffle between two rival groups over the relocation of the 100-year-old Sri Maha Mariamman temple in USJ25.

"We call for a full and independent inquiry by the police to establish who is behind this serious attack on the temple and the motive for it.

"Those responsible for this violence must be caught and punished," said Waytha Moorthy during a press conference at Parliament on Monday (Nov 26).

"The investigation should be conducted by Bukit Aman (federal police headquarters) and not left to the Subang Jaya police to handle," he added.

Waytha Moorthy, who's in charge of the National Unity and Social Wellbeing portfolio, said the Subang Jaya police should be probed for not acting swiftly against the scuffle which took place at the temple at about 2am on Monday (Nov 26).

The Hindu Action Rights Force (Hindraf) leader claimed that only one patrol car from the Subang Jaya police station arrived at the scene at about 4.15am while the Federal Reserve Unit (FRU) only arrived at about 6am.

"The Subang Jaya police should be investigated and disciplinary action taken. We condemn this unprovoked attack on the temple," he said.

Meanwhile, DAP's Klang MP Charles Santiago, in condemning the scuffle as atrocious and horrifying, has urged the public to stop labelling the fight as a racial riot.

Santiago commended the police for acting on the incident, claiming it had involved nearly 100 thugs armed with machetes and sticks.

"The police must therefore round up these thugs and charge everyone responsible for this heinous act in court for if left unchecked, the incident has the propensity to create racial tension, especially coming at the heels of the ICERD debate," he said, referring to the International Convention on the Elimination of Racial Discrimination.

"It's at times like this that we need to remain focused, respect each other and hold strong to our core values that make Malaysia peaceful and harmonious," he added.

So far, seven men have been arrested in connection with the scuffle, which also saw 18 cars and two motorcycles burnt.

Selangor police chief Comm Datuk Mazlan Mansor, who had urged for the public to stop calling the incident a racial issue on social media, said that some 700 police personnel, including those from the FRU, were deployed to the scene of the incident.

The fight was believed to have happened following a scuffle between two rival groups over the relocation of the temple.

Hindu Sangam urges calm in wake of violence at temple 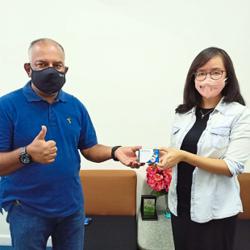