Strong team needed: Dr Mahathir has to put competent people in the right positions in his cabinet to help him r﻿un the country.

With Datuk Seri Anwar returning to Parliament and the Cabinet littered with some non-performing ministers, it is time for PM Tun Dr Mahathir to carry out positive changes to his six-month-old governing body.

PRIME Minister Tun Dr Mahathir Mohamad had a sway in Taiwan’s local elections that concluded yesterday, although he might not be aware of it.

The story of the elderly leader re-entering active politics to lead Malaysia to topple the previous Barisan Nasional government had inspired Han Kuo-yu, from Kaomintang Party, to contest in the tough Kaohsiung city seat.

Kaohsiung has been the stronghold of the ruling Democratic Progressive Party (DPP) of President Tsai Ing-wen for 20 years, but this has not deterred Han from taking up the challenge.

“If a 93-year old politician can create a miracle on May 9 by ousting a corrupt regime that had ruled Malaysia for 61 years, nothing is impossible in politics,” said Han amid some scepticism when he first announced his decision last May.

But after six months, the 61-year old mild-mannered Taiwanese has become a force to reckon with. His campaign style emphasising on revitalising the economy, integrity and no bribery captured the hearts of the voters.

But while the tale of legendary Dr Mahathir has continued to reverberate among foreign groups seeking regime change, there are mixed views on his new government among Malaysians now.

The initial euphoria felt by Malaysians is fading as reality sets in. Noises have surfaced and expectations have lowered, although in general people are thankful that Dr Mahathir cut his retirement short to lead the country for the second time and create a “New Malaysia”. 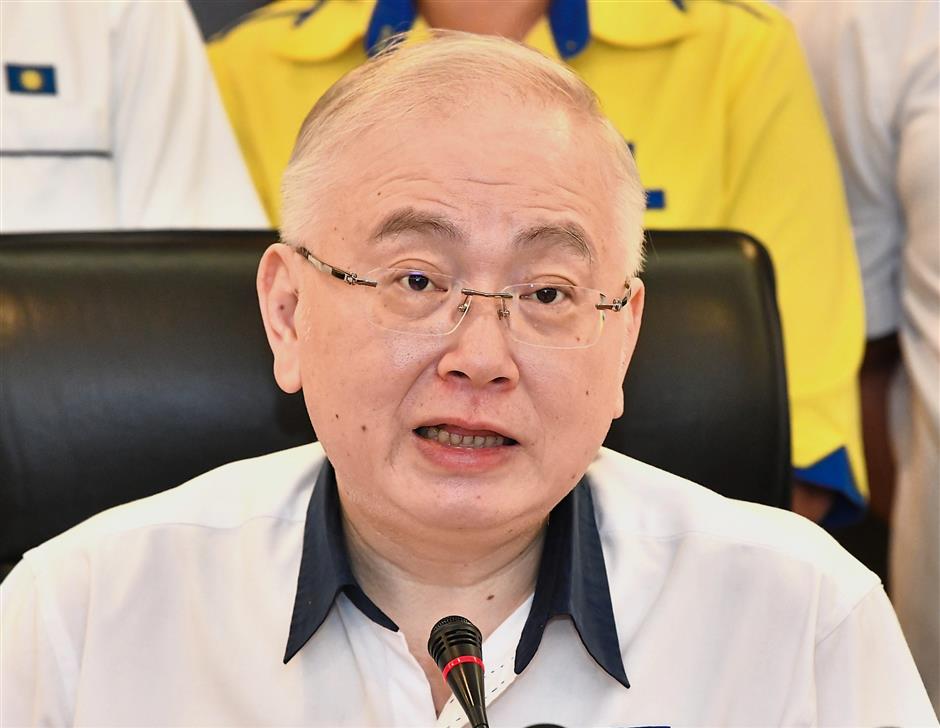 Dr Wee: “Dr Mahathir is a master architect but he insists on his old way...This is not good for the nation.”

The performance of the Cabinet, comprising mainly former opposition leaders who have no prior experience in government, has inevitably come under scrutiny after six months in office.

As the private sector habitually sets six months as probation period for employees, it is logical for Malaysians to expect Dr Mahathir to conduct a performance review of his entire Cabinet and decide who should go or stay.

On the performance of the Prime Minister, prominent political analyst Tan Sri Dr Michael Yeoh says: “Our PM has performed well. He is now recognised as an elder statesman of Asia.

“With 22 years of experience (as premier for first from 1981 to 2003), he does not need a learning curve. He can deliver and perform immediately. He also works hard and adapts quickly to new technologies like artificial intelligence and drones.”

However, MCA president and opposition Member of Parliament Datuk Seri Dr Wee Ka Siong is worried the world’s oldest leader is showing some “past traits of dictatorship”.

“Mahathir plays his card well and is calling the shots, although his party (Bersatu) in the four-party Pakatan coalition is the smallest partner and logically has the least bargaining power.

“He is a master architect. He knows when to create issues but he still insists on his old way, like wanting the third national car and the crooked bridge that people rejected. This is not good for the nation,” says Dr Wee, MP for Ayer Hitam and a former Minister.

However, Dr Wee gives credit to the top leader for being firm in the appointment of the attorney-general, setting up Ombudsman Malaysia and Independent Police Complaints and Misconduct Commission (IPCMC) to handle public complaints.

“To be fair, these are some feel-good factors about Dr M’s administration. In a civil society, people welcome colour-blind policy, meritocracy and democracy,” says Dr Wee. 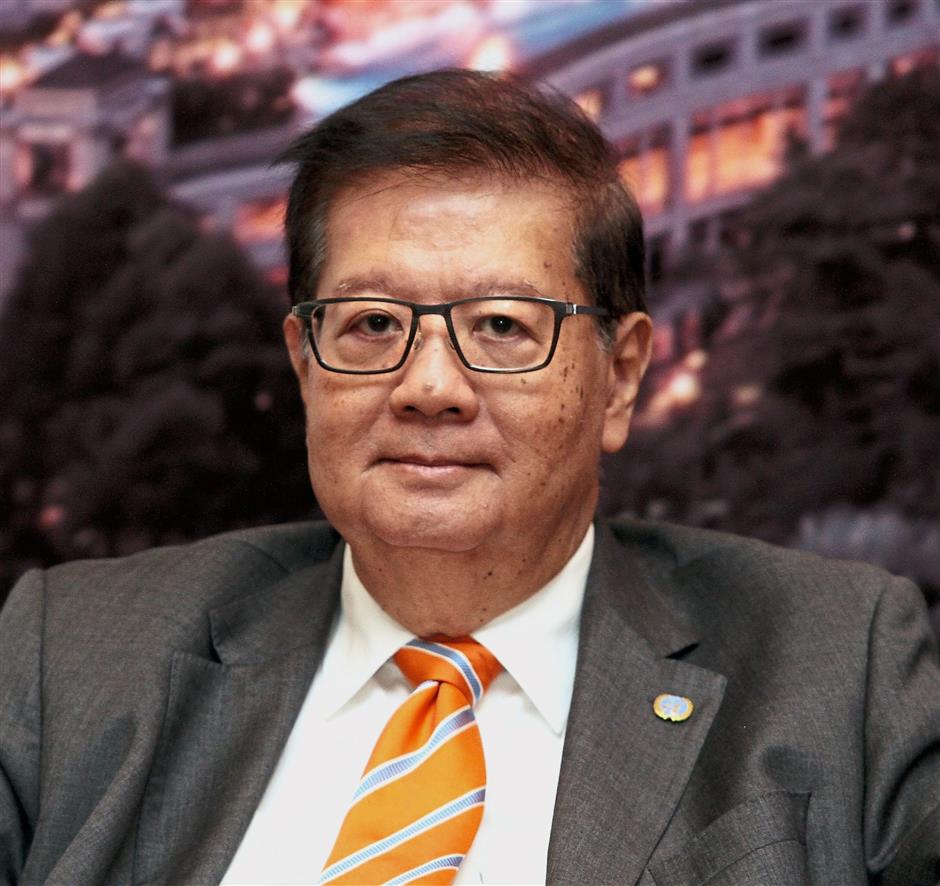 Dr Yeoh: “Our PM has performed well... With 22 years of experience as premier, he can deliver immediately. “

The ISO 37001 certification for the Anti-Bribery Management System will be applied in all ministries, agencies, departments and government-linked companies (GLCs) to prevent corruption and to develop a culture of integrity from January next year.

“Many are not aware this is big news and is very important for the country and the business community,” says Lee, executive director of the Socio-Economic Research Centre.

Some ministers have been acting like opposition politicians, he said, as they have not been able to adjust themselves to take up their new roles in the government.

As Pakatan did not expect to take over the government, failure to fulfil pledges on highway toll cuts, fuel subsidies and recognition of the UEC Chinese school certificate appear to be forgiveable in theory.

When reviewing his Cabinet, the Prime Minister had twice – in September and October – stated he was not satisfied with the performance of his Cabinet, which he had taken weeks to form after May 9.

“I’m not satisfied. If possible, I want (something that has been directed) to be settled yesterday, not today,” said the Pakatan Harapan chairman on Sept 7.

Again on Oct 21, he said on Astro Awani live broadcast: “If I have to grade the Cabinet members, I would say that their performance is between 40 and 50%. But they are learning quickly.”

Providing input, the comments from the Federation of Malaysian Manufacturers (FMM) may be flattering for the national leader and his colleagues.

“Overall, the FMM is satisfied and happy with the performance of the Cabinet led by Tun Dr Mahathir, especially on their focus on curbing corruption, industrialisation and the commitment towards making Malaysia more business-friendly,” says FMM president Datuk Soh Thian Lai in an email interview.

“The Cabinet has also taken heed of the call of the industry to review unnecessary regulatory burdens that would give rise to an increase in the cost of doing business,” Soh adds.

Dr Ong also told Parliament that RM26.5bil worth of FDI projects were approved between January and June this year.

From the data given, it means that within three months from July to September, FDI inflow under the Pakatan government totalled RM21.7bil. This is a remarkable performance.

Yeoh commends: “Our MITI Minister Darell Leiking is impressive and a fast learner. Kian Ming is an impressive deputy who knows his stuff well. He is articulate and interacts well.”

The other ministry that appears to stand out is the Transport Ministry. Transport expert Goh Bok Yen shares: “Minister Loke (Siew Fook) has performed better than I expected. He listens to the ground a lot and gained experience from his officers.

“This is a ministry that handles issues on land, air and sea transport. He learns fast and has handled sensitive issues rather well.”

Along with Loke and Dr Ong, there are also generous praises for Yeo Bee Yin, who heads the Energy, Technology, Science, Climate Change and Environment Ministry.

Finance Minister Lim Guan Eng, who has been aggressive in exposing new scandals and retrieving billions of government money siphoned off by the previous administration, deserves a mention for his commitment.

But the powerful DAP secretary-general has come under criticisms for being “insensitive” towards market sentiment.

Dr Wee notes: “Guan Eng makes a lot of political rhetoric and often opens his mouth prematurely. He may want to help the country to save money but when he talks too much to the extent of exaggerating, the market reacts negatively.”

One recent example concerns the Treasury’s renegotiation for a mega railway contract with the MMC/Gamuda consortium. Lim’s announcement that the contract was terminated caused the shares of Gamuda and MMC to tumble like a thunderous waterfall.

Although all parties subsequently came to an agreement on a lower price, the shares of Gamuda and MMC have not recovered and retail investors are still swearing at Lim and the Pakatan Government.

Until last Thursday, there was hardly any news generated by the Tourism Ministry.

“Do you know who the minister is?” “I don’t know.” That is the common joke in discussions.

For the past six months, Tourism, Arts and Culture Minister Mohamaddin Ketapi has not been seen to be promoting Malaysia to attract tourists into the country.

Ironically, he is now in the spotlight for the wrong reason as he is insinuated in a case in which “the son of a minister is involved in the awarding of the ministry’s contracts”. He has denied any involvement in corruption.

Revenue from tourism this year is expected to miss the target, due partly to the fall in tourist arrivals from China since August and a change in ministers. Tourism receipts last year totalled RM82.2bil.

The other less visible ministries include Rural Development, Home and Works.

The first “micro” blunder he made was to change the colour of school shoes. Recently, he promised to cut clerical work for teachers, but the new system introduces more such work.

The damage he did to his credibility was his initial refusal – and later delay – to step down as the president of the International Islamic University Malaysia.

Though it could be seen that Teresa Kok is trying hard to familiarise herself with the complex international forces influencing the prices of rubber and palm oil, there are grouses that she has not done enough to rescue palm oil prices, which have fallen to three-year lows.

Many people see the need for the Primary Industries Minister to persuade China, which has raised palm oil off-take from Indonesia, to buy more from Malaysia.

A former minister advises: “We must talk to China nicely and establish good relations with them as there is demand from them.”

With the recent election of Datuk Seri Anwar Ibrahim as the president of PKR, there is some expectation that this premier-in-waiting is to be included into the Cabinet soon. Anwar became an MP after winning in the Port Dickson by-election.

Due to the return of Anwar and the failure of some ministers to perform up to expectation, it is time for the Prime Minister to reshuffle his Cabinet – drop some and add others to help him rule the country.

“Overall, Mahathir needs a strong team to govern the country. He should put competent people in the right positions.

“To enable the top leadership transition to be smooth, Anwar should be appointed as the Deputy Prime Minister. This will ensure that the Cabinet will function more cohesively in the future,” Dr Wee notes.