PETALING JAYA: The Malaysian Communications and Multimedia Commission (MCMC) did not mince its words when taking Telekom Malaysia Bhd (TM) to task over poor service.

Describing TM’s service as being in an “alarming decline,” the MCMC said the government viewed the matter very seriously.

The MCMC said it was unacceptable for TM to repeatedly blame technical limitations or ask customers to be patient when responding to complaints over its fixed broadband services.

“Leaving customers in the dark is not the way a company of TM’s stature should operate,” the MCMC said in a statement.

The MCMC said TM on Sunday informed its customers of a Unifi service disruption but failed to give reasons for it.

“As the largest fixed broadband provider in the country with 85.97% market share of total subscribers, TM’s inaction affects many Malaysians who depend on TM’s network in their daily professional and personal activities.

“Consumers are demanding better services for the money they are paying TM,” said MCMC.

The MCMC said TM must rationalise the disparity between the per Megabits per second (Mbps) pricing for its Unifi and Streamyx services.

This is to ensure consumers are charged fairly for the speed that they enjoy without technology discrimination, an important consideration for customers in areas where Unifi is not available.

“TM needs to be transparent in dealing with the rakyat by offering packages that are great value, not take advantage of consumer’s lack of options,” it said.

The MCMC said it regarded consumer protection as a key priority and would not hesitate to take any regulatory action against TM or any licensee found to be in breach.

In a statement responding to the MCMC’s criticisms, TM said it was committed to enhancing its customer experience.

“TM will always listen to its customers and to its stakeholders and has been responding both individually on social media as well as via several media statements,” the company said.

For Streamyx customers who are currently residing in non-unifi areas, TM said it was committed to continuously invest in the best fit-for-purpose technologies to bring high speed broadband to them.

“Our technical team started work on the affected cables as soon as the fault report was lodged. We would like to update that the fibre cable cuts repair and replacement works are still underway.

“We have optimised the network by re-routing traffic and fully restored the services affected at 10am on Monday so that the Internet experience is back to normal,” TM said.

It said it had highlighted the issue to the local authority council to prevent this from recurring and was taking necessary actions against the contractors.

TM said it would update customers and stakeholders on the progress in its services. 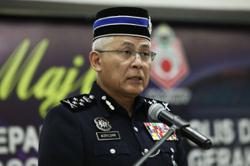