KUALA LUMPUR: Chants of "racist" by opposition lawmakers forced Minister in the Prime Minister's Department P. Waytha Moorthy to cut short his reply on the International Convention on the Elimination of All Forms of Racial Discrimination (ICERD) in Parliament.

The ruckus began when Waytha Moorthy, who is in charge of National Unity and Social Wellbeing, started speaking on ICERD and said that consultations with relevant stakeholders would be held in the first quarter of 2019.

However, Datuk Seri Reezal Merican Naina Merican (BN-Kepala Batas) stood up to ask if ratification of the convention would be a prelude towards ending the special rights of the rulers and the Malays under Article 153 of the Federal Constitution.

He accused Waytha Moorthy of misleading the House as the ratification of ICERD would result in a "timeline" for the abolishment of Article 153.

To this, Waytha Moorthy said, based on his personal opinion as a former lawyer, there was no time-frame imposed on the abolishment of Article 153.

This caused a ruckus as several Opposition MPs stood up to remind Waytha Moorthy that a Minister's answers should not be based on personal opinion.

"So if you want the answer to the question, wait for the Attorney-General to give his views on the matter. Please allow me to continue with my answer," replied Waytha Morrthy, which led to a louder shouting match.

Tan Sri Noh Omar (BN-Tanjung Karang) accused Waytha Moorthy of not being consistent with his statements on ICERD.

"Outside the Dewan Rakyat, you say one thing; inside, another," said Noh, adding that Waytha Moorthy had previously said there was discrimination practiced in Malaysia.

Noh cited a viral video of Waytha Moorthy when, as Hindu Rights Action Force (Hindraf) leader 10 years ago, he caid there was discrimination against ethnic minorities, particularly Indian Malaysians.

To this, Waytha Moorthy said there was no discrimination against Indians now but there was during Barisan Nasional administration.

Dewan Rakyat Speaker Datuk Mohamad Ariff Md Yusof then reminded lawmakers to behave themselves as school students were watching the proceedings in the House.

Another PAS lawmaker Datuk Tuan Ibrahim Tuan Man then suggested that someone else answered questions on the matter.

"He is not qualified to answer as he is being too polemical on the matter. The Minister (Prime Minister) should answer this," said Tuan Ibrahim.

Shortly after, Waytha Moorthy's deputy took over and continued answering other matters related to the department. 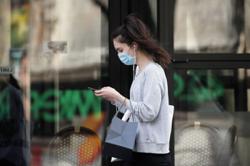 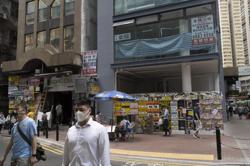