Sabah seeks to resolve issue of stateless people in the state 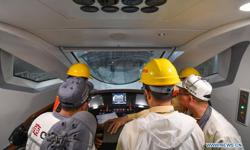 The four decades of complex migrant problem came into focus at a dialogue between elected representatives, officials of the judiciary, senior immigration and National Registration Department officials here on Friday (Nov 16).

The stateless foreigners in Sabah come from descendants of Filipino refugees of the 1970s, children from illegal marriages between Filipino and Indonesian illegal migrants and locals who have blended into Sabah with no roots to their homeland.

It is a complex problem that festered over the decades and today, their countries of origin refuses to accept them back or do not recognise them as their citizens.

"We want to find a solution. We cannot let this go on. We have to move forward," Deputy Home Minister Datuk Azis Jamman (pic) said.

Azis said that the issue needs to be resolved and the dialogue will give elected representatives proper understanding to the problem.

"It is our problem. We have to find solutions," he said, adding that providing Immigration documents to Filipino refugees in the 1970s have left Sabah with the complex problem especially with Philippines no longer recognising them as their citizens.

According to Sabah NRD director Datuk Ismail Ahmad, there were 2,825,897 Sabahans registered with the department.

He said these were actual registered Sabahans including PR holders while the Statistics Department census of 3.9 million was based on people in the state.