'As long as offender is not punished, I will not feel calm', says mom of baby Zara, who died after physical, sexual abuse

KUALA LUMPUR (Bernama): News about a 9-month-old baby girl who died after being physically and sexually abused has left the country reeling in shock.

For the mother of the baby, it is a nightmare which will haunt her for the rest of her life.

"As long as Zara's (the baby) case is not settled, as long as the offender is not punished, I will not feel calm," said Noraihan Ab Aziz, 22, the mother of Nur Muazara Ulfa Mohammad Zainal, the baby girl who died on Friday (Nov 9) after spending two days at the Serdang Hospital in critical condition.

She was believed to have been physically and sexually abused by the husband of her babysitter.

Noraihan, who works as a factory operator in Bandar Baru Bangi, said she never expected such a tragedy to befall her family, and will no doubt leave deep emotional scars in their lives.

"My heart ached when I looked at Zara's heart-wrenching condition. I leave it to the police to investigate and take appropriate action against the perpetrator," she said when contacted by Bernama on Sunday (Nov 11).

Noraihan, her husband Muhammad Zainal Abduk Rahaman, 27, and their son, Muhamad Alif Zamani, four, are now in their hometown of Rantau Panjang, Kelantan, where they buried little Zara on Saturday (Nov 10).

Noraihan had earlier expressed her grief on Facebook, posting the status: "You're in peace there my dear... Wait for mother in heaven..." She also shared several photos of her with Zara, including the time she was treated in hospital and those of the baby's funeral.

Noraihan said she was contacted by the Serdang Hospital on Wednesday (Nov 7) evening, informing her that the baby was in critical condition after being brought there by the caretaker and her husband.

"The caretaker had called me five times, but my phone was out of coverage range at the time.

"Upon arriving at the hospital, I found the babysitter feeling very sorry, but her husband was just calm as if nothing had happened," she said.

According to Noraihan, she came to know the babysitter two months ago, when she uploaded a status on Facebook looking for someone to take care of Zara, and the latter contacted her, offering daycare service.

"I went to see her, and from the way she spoke to me, I saw nothing suspicious. However, at the time, the babysitter's husband and 20-month-old son were not at home," she said.

Though she realises that nothing can bring her daughter back now, she hopes that her ordeal can serve as a lesson to other parents, so that they are more careful in choosing a babysitter.

He said a post-mortem showed that the cause of death was a blunt force trauma to the head.

"There were clear signs of physical and sexual abuse.

"We arrested the babysitter and her husband, aged 28 and 36.

"The husband who worked as a barber has been remanded until Nov 13," ACP Ahmad Dzaffir said, adding that the man tested positive for methamphetamine. 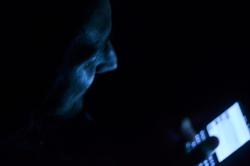 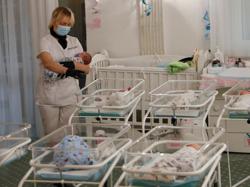